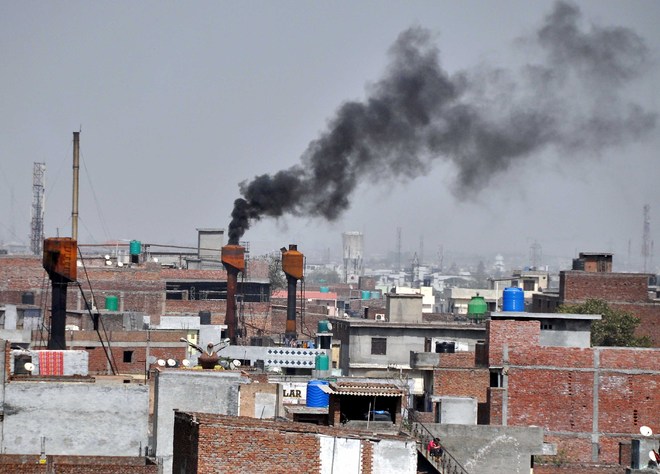 Ludhiana district has got a special grant of Rs 26 crore for air quality improvement in the industrial hub of the state.

Ludhiana district has got a special grant of Rs 26 crore for air quality improvement in the industrial hub of the state.

Amritsar has also received a similar grant of Rs 19 crore.

The Union government has released the urban local body grant for the million-plus cities to the state government as per the recommendation of the 15th Finance Commission.

On the basis of the micro plans made by the Local Government Department and Punjab Pollution Control Board (PPCB) for improving air quality, the Centre has released the second tranche of Rs 45 crore for Ludhiana and Amritsar as million-plus cities. With this, the efforts of the state government for a tandarust (healthy) Punjab have got a further boost.

The Union Finance Ministry’s Director (FCD), Subhash Chandra Meena in a release order issued to the Local Government Secretary, a copy of which is with The Tribune, conveyed that the competent authority in the Union government had approved the release of the second instalment of the last fiscal 2020-21, amounting to Rs 1,583.07 crore to 13 states, of which Rs 45 crore was released to Punjab.

The second instalment of grant for million-plus cities recommended by the 15th Finance Commission was intended to be utilised for air quality improvement measures, including capacity building of the local bodies within the million-plus city/ agglomeration, as well as meeting the additional needs of the State Pollution Control Boards to appropriately assist the local bodies in monitoring the ambient air quality.

“The states while allocating grants to the urban local bodies in million-plus agglomerations/cities, as mentioned against such city, should also make allotment of grants on population basis for the Cantonment Boards, if any, within the territorial jurisdiction of any million-plus urban agglomerations/cities as per the 15th Finance Commission’s report for the year 2020-21,” the communique stated.

The Centre categorically asked the states to transfer the grants-in-aid directly to all million-plus urban agglomerations/cities within 10 working days of receipt from the Union government without any deduction. “Any delay beyond 10 working days will require the state government to release the same with interest as per the effective rate of interest on market borrowings/state development loans for the previous year,” the Union Finance Ministry directed.

Earlier, the Centre had released Rs 375.26 crore grant-in-aid to the states under the National Clean Air Programme for implementation of city action plans during the years 2019-20 and 2020-21. The Union Finance Ministry has sought city-wise provisional utilisation certificate for the previous grants.

In 2013, the World Health Organization (WHO) had officially added outdoor air pollution, especially particulate matter, to the list of causes that lead to cancer. Though healthcare providers had been suspecting the role of air pollution in causing cancer since long, there was little scientific evidence other than research on diesel smoke particles. The WHO study had concluded that air pollution, specifically PM 2.5 fine particulates, are clearly a cause of lung cancer. The agency had also concluded that air pollution is a cause of bladder cancer.