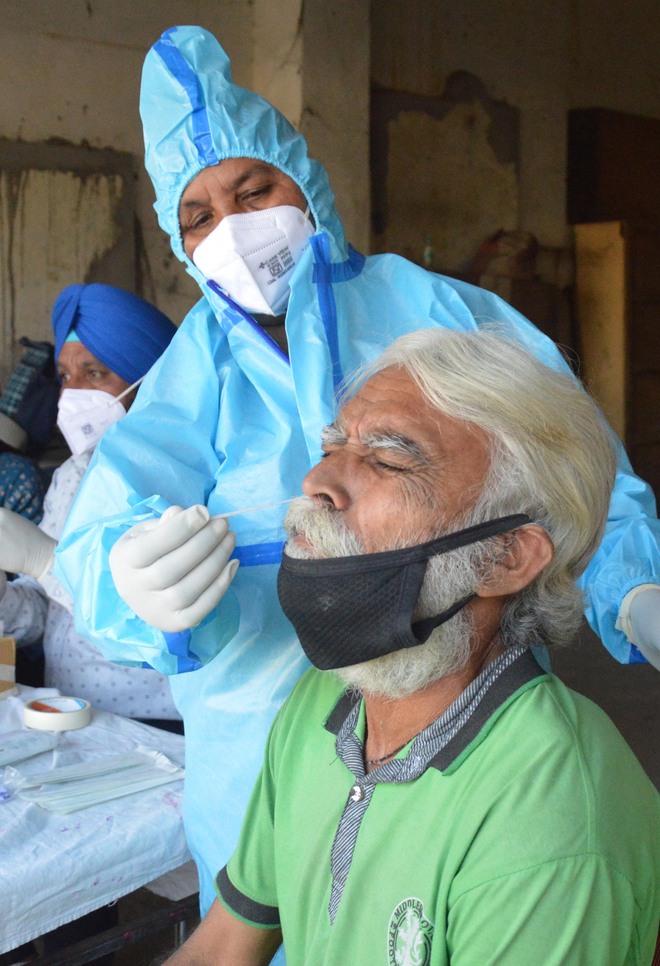 Ludhiana has ranked third in the individual and overall performance in the Covid management in the state.

The first-of-its-kind rankings were released by the Department of Health and Family Welfare in respect of every district’s performance in testing, vaccination, positivity and deaths due to the virus.

The report, a copy of which is with The Tribune, ranked Ludhiana third on vaccination front, eighth in testing, eleventh in positivity rate and 10th on the casualty chart.

According to the front-wise performance chart, Ludhiana ranked third on vaccination front with 4,065 per lakh vaccination till March 25. Hoshiarpur stood second with 4,747 per lakh figure, and Mohali bagged the first slot with highest 5,316 per lakh inoculation coverage.

The rankings were reviewed at the highest-level during subsequent meetings, chaired by Chief Minister Capt Amarinder Singh and Chief Secretary Vini Mahajan, recently.

As many as 26,483 persons got vaccinated for Covid-19 in the district on Saturday. To ensure that maximum number of Ludhiana residents is vaccinated, the district administration has started the “vaccination at doorstep” initiative, under which camps are being organised in mohallas, clubs, factories, business/commercial establishments.