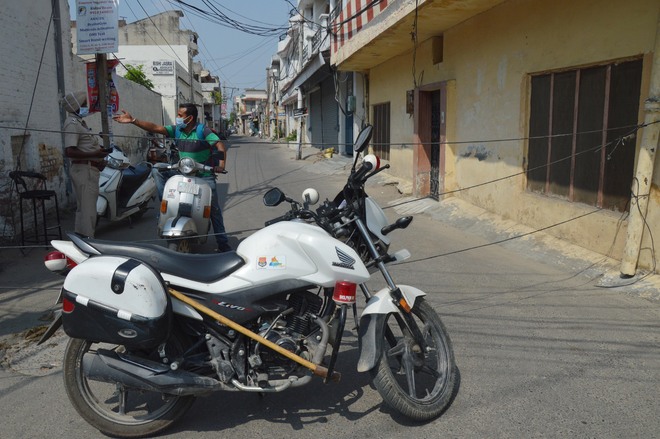 A closed street in a micro-containment zone in Ludhiana.

Covid-19 today claimed 19 more lives, including a 15-year-old boy, and infected 438 persons in the district today. Most deceased were in the age group of 60-90 years.

Of the 438 fresh infections, 120 patients with influenza-like illness reported at flu corners while 145 patients were diagnosed at OPDs. Twentyseven cases emerged during contact tracing. The infected persons include 12 healthcare workers, two policemen, five pregnant women and two under-trials have tested positive for virus.

The Health Department today confirmed that 27 persons, including 19 from Ludhiana and eight from other districts or states, lost their lives to Covid-19 today. A total of 607 persons belonging to Ludhiana district have died of the virus.

At present, 49 patients are on ventilator in the district. A total of 4,991 samples were collected for Covid-19 test today.