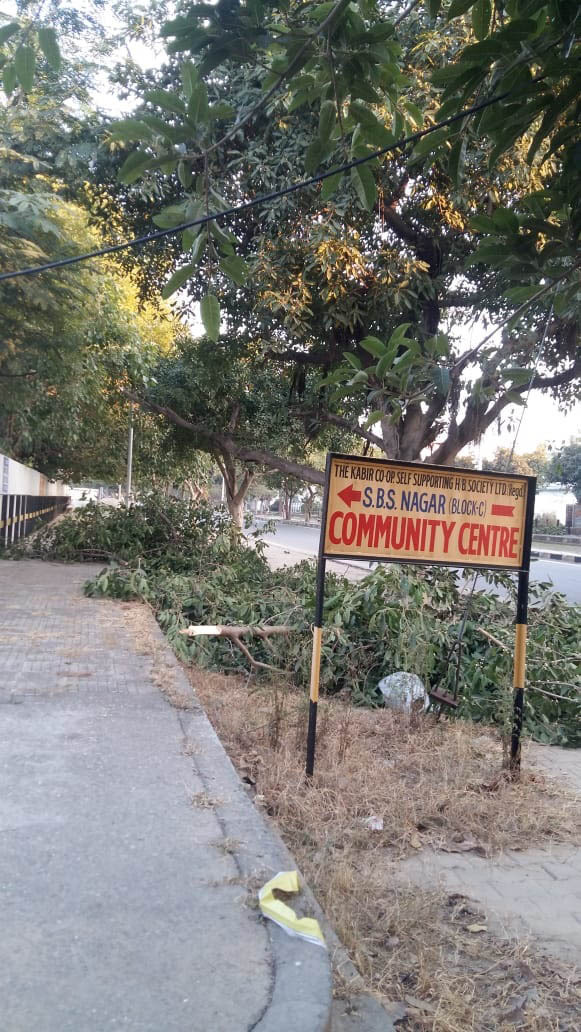 The trees that were axed in Shaheed Bhagat Singh Nagar colony in Ludhiana. Tribune photo

Residents of Shaheed Bhagat Singh Nagar colony of the Ludhiana Improvement Trust (LIT) on Pakhowal Road here are up in arms over the indiscriminate cutting of full-grown trees, theft of wood by labourers and the contractor and other irregularities with regards to award of work for the tree cutting in accordance with the approved estimate.

In a complaint to the LIT Chairman and the Principal Secretary, Local Government, Punjab, residents of the colony, including Arvind Sharma, former councillor Pran Nath Bhatia, Amarjit Singh and Balraj Takkar, alleged that the pruning of trees had been taken up by labourers of a contractor without any approved tender or work order.

“At the same time, chopped branches of trees and parts of tree trunks are not being accounted for and precious wood — the property of the LIT — is being misappropriated by the labourers and the contractor,” the residents said.

According to Arvind Sharma, the estimate approved for the work required the contractor to account for the wood, collection of pruned branches, twigs and foliage and its propser disposal – which were not being done right now.

He said: “To my knowledge, a contractor has deployed his labourers for pruning and cutting of trees, though the work has not been awarded officially to any agency so far.”

The residents of the colony have demanded that the work for pruning/cutting of trees be carried out after following the laid down procedure and the wood of the chopped trees be either sold or donated to charitable institutions or cremation grounds.

The LIT officials, however, denied that the work for pruning of trees was being carried out by a contractor.