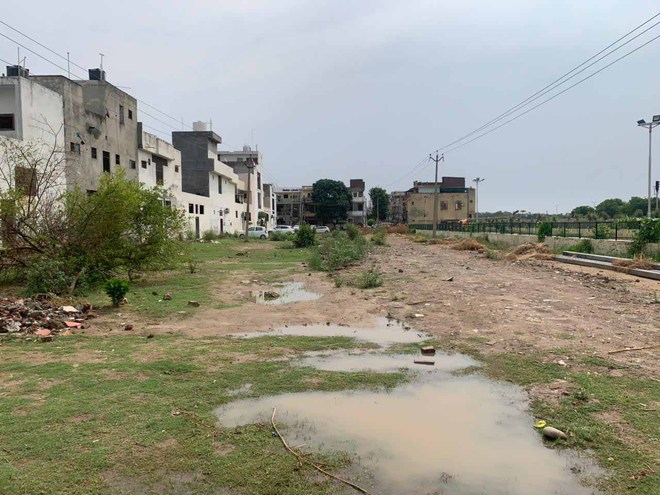 Area designated as green belt in Bhai Randhir Singh Nagar is proposed to be used for carving out residential plots by the LIT in Ludhiana.

The Council of Engineers (CoE) has served a legal notice on the state government through the Chief Secretary and Principal Secretary, Local Government, Punjab, against conversion of a designated green belt in Bhai Randhir Singh Nagar (behind 651-E to 684-E) into 33 residential plots as well as construction of a metalled road.

A copy of the notice has also been sent to the Chairman of the Ludhiana Improvement Trust (LIT).

The CoE president, Kapil Arora, said it had come to the notice that the LIT had made a proposal about such illegal conversion of green belt into residential plots. It had also come to fore that in the process a large number of trees as well as plants would be chopped too. “Such act is against the directions of the Supreme Court and National Green Tribunal and conversion of designated green belts into residential plots is like encroachment over the land left for its prime motive,” the notice said.

The notice said as per sale deeds of nearby residents, a green belt was mentioned on the rear of their plots/houses. As such conversion was illegal and against the Environment (Protection) Act, 1986. Moreover, quality of air in the city was deteriorating at a rapid speed due to existing and upcoming illegal colonies, coupled with unplanned industrial areas which were lacking green belts and parks.

The notice says, “Due to illegal commercial activities in Bhai Randhir Singh Nagar there is already an increase in air pollution level. With conversion of designated green belt into residential plots, the land area under green belts will decrease and as a result quality of air will deteriorate further.”

Arora pleaded that the National Green Tribunal, vide its orders, had directed the Chief Secretaries of all states/UTs to continue to monitor progress in execution of action plans at the state level with the assistance of monitoring cells in their offices and the AQMCs (air quality monitoring committee). He added, “It is pertinent to mention here that as per the Punjab Model Building Byelaws as well as Notification No Dir.TP-2016/2850 on dt. 15/12/2016 issued by Government of Punjab, the green cover in urban areas must be increased by at least 15 per cent.”

But it was unfortunate that despite knowing all these facts, the LIT authorities seemed determined towards causing severe damage to the environment by their illegal act of converting green belts into residential plots which called for immediate intervention of the state government, he said.