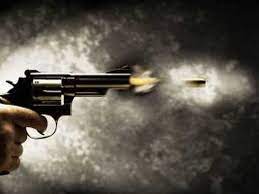 A man shot his brother at a point blank range after snatching the licensed revolver of the latter at Basant Avenue last night.

Both brothers are the owners of Lucky Bakery near Damoria bridge.

As per the SHO, Sadar police station, Jagdev Singh, both brothers had a dispute regarding some property located at the Kailash chowk. Yesterday Palvinder went to the house of Gagandeep to sort out the property dispute.

“While having arguments over the property issue, both brothers indulged in scuffle following which Palvinder snatched the licensed .32-bore revolver of Gagandeep and fired at him. The bullet pierced through the head of the victim. He was rushed to the DMC Hospital where he succumbed,” added SHO Jagdev Singh.

The SHO said Palvinder was arrested today and weapon was also seized.