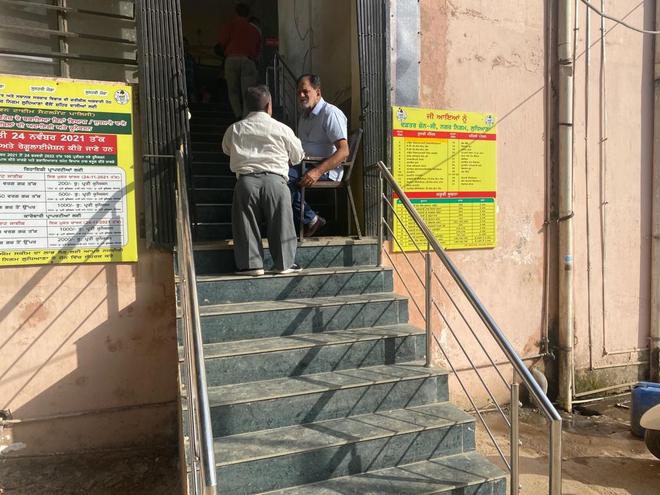 Mayor Balkar Singh Sandhu checks attendance of employees at the Zone-C office of the MC in Ludhiana on Tuesday. Tribune photo

Mayor Balkar Singh Sandhu today conducted a surprise checking at the Zone C office of the Municipal Corporation on Gill Road here with regard to reporting for duty on time. Sandhu sat at the main entry gate at 9 am to identify latecomers.

During the inspection of the office, he found several employees absent from duty. The supervisory officials were directed to issue show-cause notices to all those absent from duty without valid reasons, except those who were on sanctioned leave. He also issued a general note of caution to all members of the staff, including officials, to be punctual on duty and do their work diligently.

The Mayor reminded the MC employees of explicit directions from the Chief Minister to all government employees to reach their respective offices on time so that public should not have to face any problem with their day-to-day work in the offices.

He instructed the MC Commissioner to issue directions to all employees and officials to remain present at their respective seats or offices on time, while also making clear to all of them that in future strict disciplinary action would be taken against those absent without leave and latecomers.