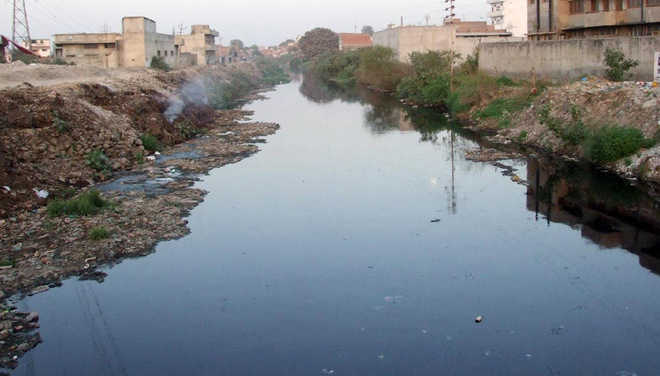 Sewer pipes are to be laid on the stretch along the Buddha Nullah under the project. File photo

A sixth meeting of the monitoring committee for the Rs 650-crore Buddha Nullah Rejuvenation project was held at the STP, Jamalpur, site today. The meeting was held under the chairmanship of MC Commissioner Pardeep Kumar Sabharwal on Monday.

Now, the Commissioner has given directions to the company and Punjab Water Supply and Sewerage Board officials to create a Facebook page to keep updating the status of Rejuvenation of Buddha Nullah project so that the public can get the information easily.

Some residents had earlier also demanded that the public should be informed about the ongoing project status.

In the meeting, the discussion was conducted on the status of intermediate pumping stations to be set up at six locations. The Commissioner said the STP, Jamalpur, work was going on in full swing.

Officials informed that the shifting of electrical poles and transformers have been done at the Jamalpur site up to Sundar Nagar. Sewer pipes are to be laid on the stretch along the Buddha Nullah under the project.