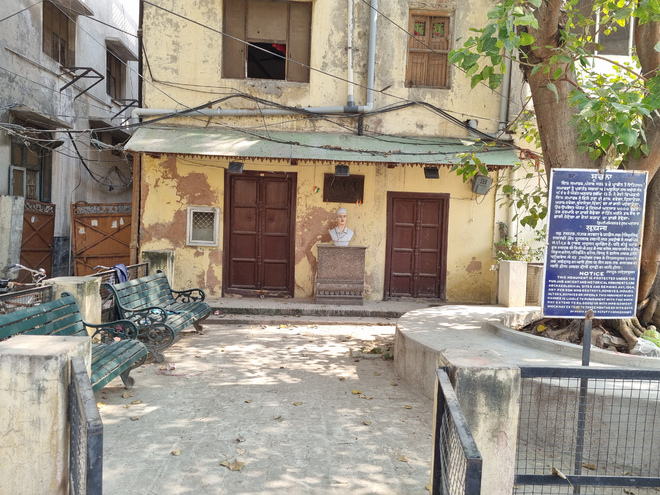 As the members of the Shaheed Sukhdev Thapar Memorial Trust are raising questions over the delay in making a direct way to the martyr’s birthplace at Mohalla Naughara from Chaura Bazar, a meeting was called by the MC Commissioner today. MC officials and members of the trust were present during the meeting. MC Commissioner Pardeep Kumar Sabharwal issued directions to officials to do the needful for resolving the matter. The Commissioner has also given directions to the officials for starting the project under which the area outside the martyr’s ancestral house would be beautified and new sewer lines would be laid in the street. — TNS