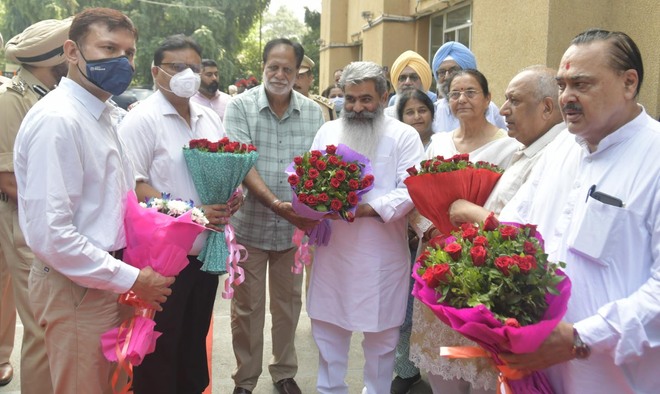 Right after getting rap on the knuckles by Cabinet Minister Bharat Bhushan Ashu during his first visit to the city after his re-induction in the state Cabinet, the Municipal Corporation took in hand work for repair of roads at several places in the city.

This morning, the Punjab Food, Civil Supplies and Consumer Affairs Minister Ashu had admonished the MC officials for their failure to repair city roads despite having adequate funds and material for the same. He had directed that all roads in bad condition be repaired within a week or else penal action would be taken against the guilty officials.

He said in accordance with the directions of the minister all MC officials concerned had been directed to complete repair of all city roads within a week. “A roadmap (for urgent repair of roads) has been prepared and in case of non-compliance or dereliction, responsibility of the officer concerned would be fixed and action taken as per rules,” he added.

Earlier in the day, Ashu had issued a warning to the MC officials to immediately carry out repair of all city roads or face consequences for non-performance. He had also directed the MC Commissioner to serve show-cause notices to those MC officials who had failed to undertake repair work of the city roads despite having adequate funds and material for this purpose.