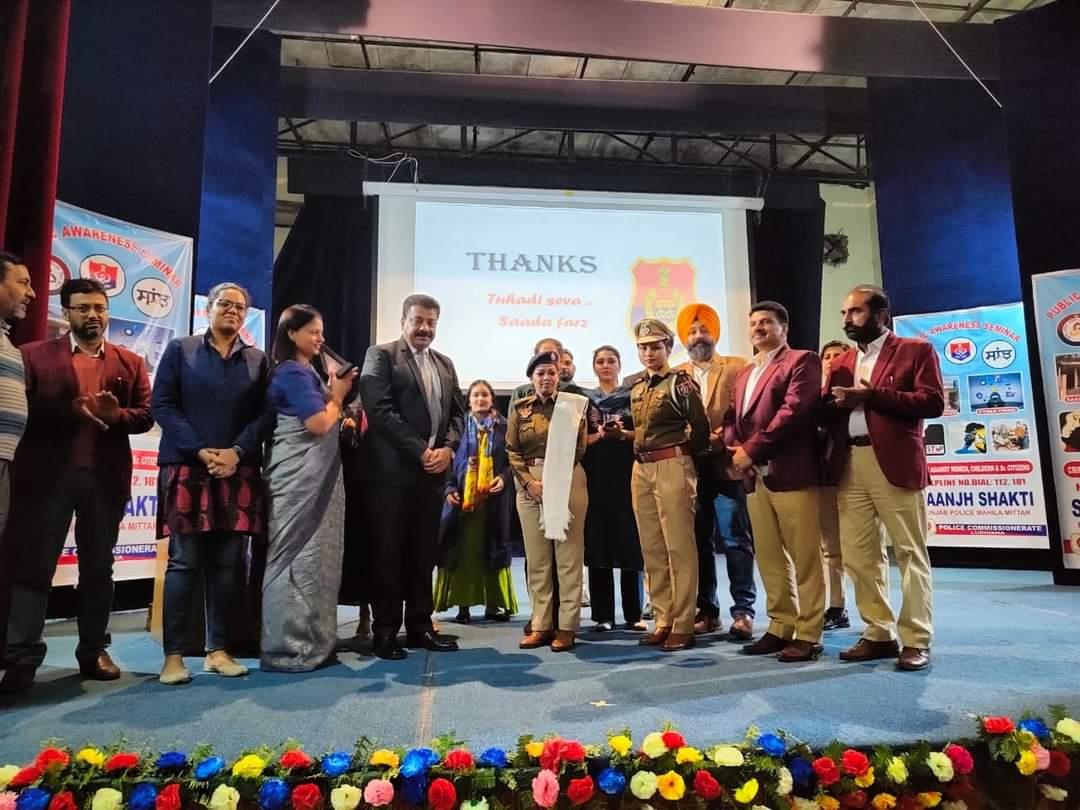 The Ludhiana Commissionerate Police have launched a special fortnight to call for the prevention and elimination of violence against women and girls here.

This was part of the 16-day international campaign, “Unite by 2030”, spearheaded by the United Nations, to end gender-based violence against women and girls.

The fortnight-long activism were launched at an interactive session with college graduates and NCC cadets held at Guru Nanak Dev Engineering College, one of the oldest and prestigious higher education institutes in the country, here to mark the International Day for the Elimination of Violence against Women.

Calling for action to increase awareness, galvanise advocacy and create opportunities for discussion about challenges and solutions to prevent and eliminate violence against women and girls, Commissioner of Police (CP) Gurpreet Singh Bhullar said in line with this year’s theme of the campaign, “Orange the world: End violence against women now”, the colour orange will be used to represent a brighter future, free from violence against women and girls, as a unifying theme running through all the activities to be undertaken under the 16-day-long activism, which will culminate on December 10 to mark the Human Rights Day.

He said the campaign, launched in association with the Saanjh Punjab Police, will mobilise all networks, civil society and women rights organisations on gender-based violence, government partners, schools, colleges, sports clubs, associations and individuals to advocate for inclusive, comprehensive and long-term strategies, programmes and resources to prevent and eliminate violence against women and girls in public and private spaces prioritising the most marginalised women and girls.

Launching the campaign, ADCP Dr Pragya Jain called for a ceasefire to end the shadow pandemic of violence against women and girls, appealing for peace in the home and an end to all violence everywhere.

She said the campaign will amplify the success stories demonstrating that violence against women and girls is preventable by showcasing effective strategies and interventions to inspire all actors to scale up what works.

“This will promote the leadership of women and girls in their diversity and their meaningful participation in policy making and decision making at local levels,” the ADCP hoped.

Listing out the main principles of the campaign advocacy, Dr Jain said women’s movements and their leadership will be honoured and acknowledged in the 16 days of activism, a human rights-based approach will be applied and focus on the most underserved and disadvantaged groups of women and girls experiencing intersecting forms of harm in efforts to prevent and end violence against women and girls, foster critical examination of gender roles, regimes and practices, while seeking to create or strengthen equitable gender norms and dynamics for fundamental, lasting changes for women and girls.

According to latest estimates, nearly one in three women aged 15 years and older, around the world, have been subjected to physical or sexual violence by an intimate partner, non-partner or both, at least once in their lifetime, indicating that levels of violence against women and girls have remained largely unchanged over the last decade.

Everyone in society has an important role to play in ending violence against women and girls and we all must work together across sectors to address various aspects of gender-based violence. Gurpreet Singh Bhullar, CP