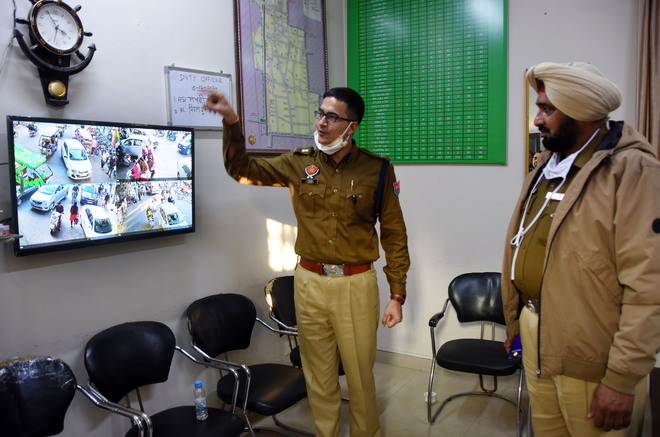 After the city police took an initiative to take live feed of private CCTV cameras to tackle crime, now, the Mumbai police are toeing the line of the Ludhiana Commissionerate.

As per Additional DCP-1 Deepak Pareek, who was the brainchild behind the initiative in Ludhiana, the Mumbai police will also integrate privately owned CCTV cameras with the police control room which can also be accessed at the CCTV control room at every police station.

Notably on December 15 last year, taking a lead in making the optimum use of technology to tackle crime and to keep a hawk eye over criminals, Pareek had taken an initiative to take live feed of CCTV cameras installed by private establishments directly on mobile phones of SHOs and LED screens at police stations. It was a first-of-its-kind initiative in the state in which live feed of private cameras can be monitored by the police stations. As a pilot project, the Kotwali and the Police Division 2 had become the first two police stations in the city to keep a watch over live feed provided by shops and other private offices. The ADCP had worked for two months to make the project a success.

Pareek said: “I feel elated that my idea is being implemented by the Mumbai police and this way my initiative will get motivation from every quarter. Even Ludhiana Police Commissioner Rakesh Agrawal is also happy that the city police initiative is being borrowed by their Mumbai counterpart.”

Pareek said they were looking for a cost-effective and scalable model to use technology as a force multiplier.

He said at present, there was a lot of awareness about the utility of CCTV cameras and many houses, shops, malls, schools, hospitals, factories and other organisations have installed good quality IP-based CCTV cameras for their own security and surveillance purposes, adding that now, the Ludhiana police integrated over 24 such cameras and their footage was available at the click of a button to the police station.

Pareek said the two police stations, Kotwali and Police Division 2, had already started getting love feed of CCTV cameras of shops, big private establishments and houses and this week, the Jodhewal police station was also set to get live feed as the process for the same would complete soon.