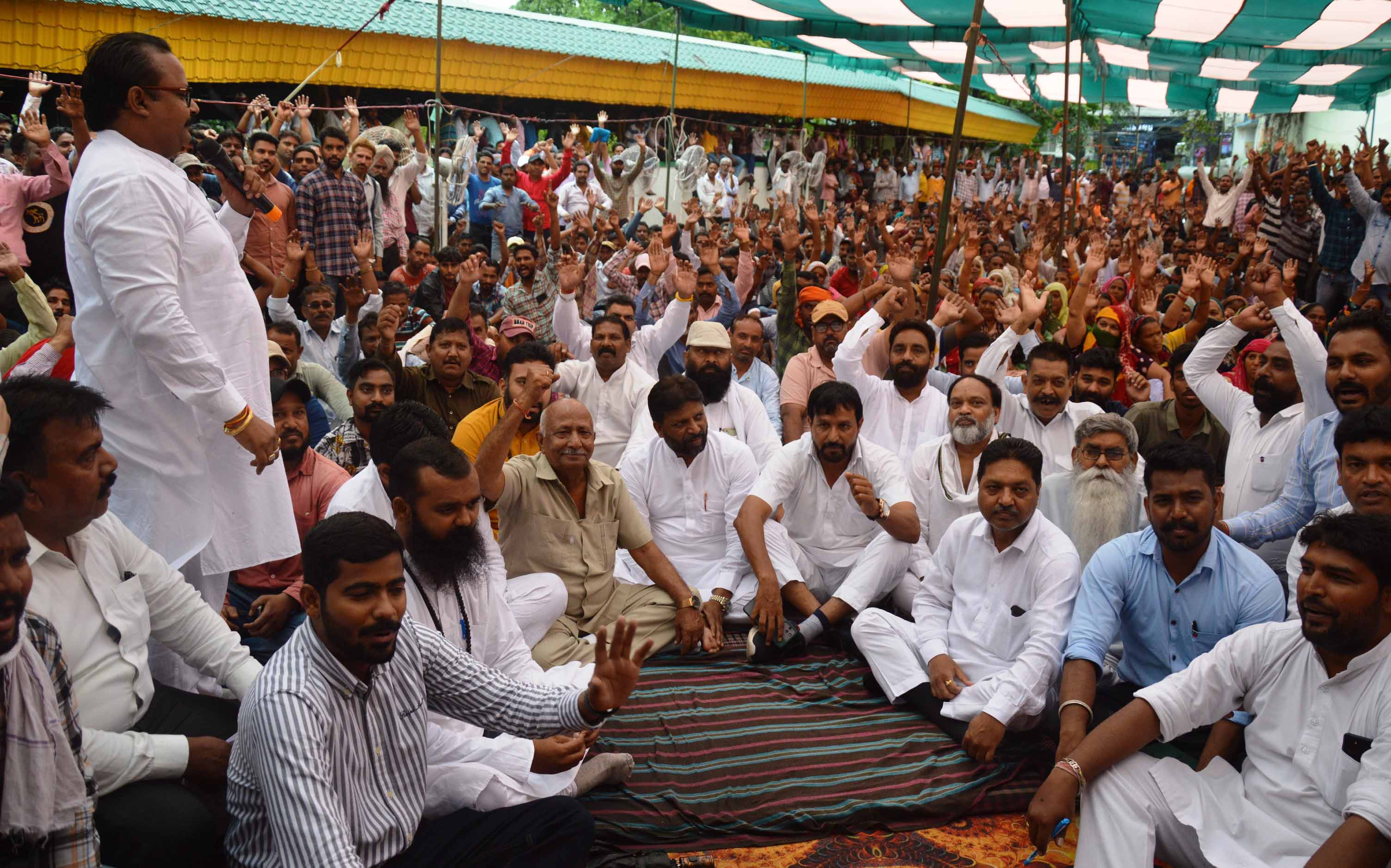 Members of the Sewermen Safai Karamchari Sangharsh Committee hold a protest outside the MC's Zone A office. Inderjeet Verma

Members of the Sewermen Safai Karamchari Sangharsh Committee staged a protest outside the MC’s Zone A office over the pending demands of sanitation workers. The union members have written a memorandum to the mayor to meet their demands otherwise they would intensify their agitation.

The major demands of the protestors include regularisation of jobs of contractual sewermen and safai karamcharis, restoration of old pension scheme, seasonal uniform and stitching cost to class IV staff, health cards of ESI Hospitals and model school for wards of MC employees.

They demanded that a resolution for recruitment of sewermen and safai karamcharis on outsourcing basis must be revoked.

Meanwhile, they also demanded that category-wise quota be fixed in the model and CBSE affiliated schools in the jurisdiction of the MC, Ludhiana, for admission of the children of MC employees.