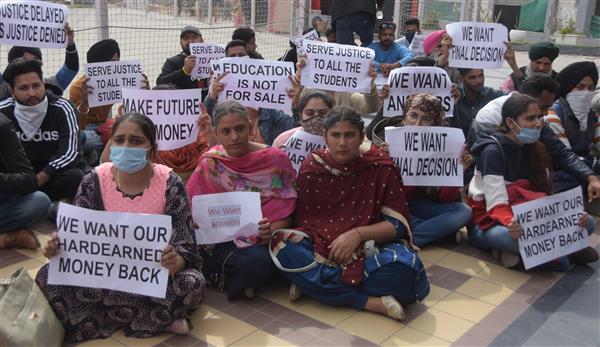 Several students today protested against three immigration consultants for allegedly duping innocent students on pretext of sending them to Canada on study visa.

The students said if the matter is not solved and their money is not returned then on March 2, they will intensify the agitation. The students were also supported by the BKU.