Chicken biryani goes off the menu of Himalayan black bears 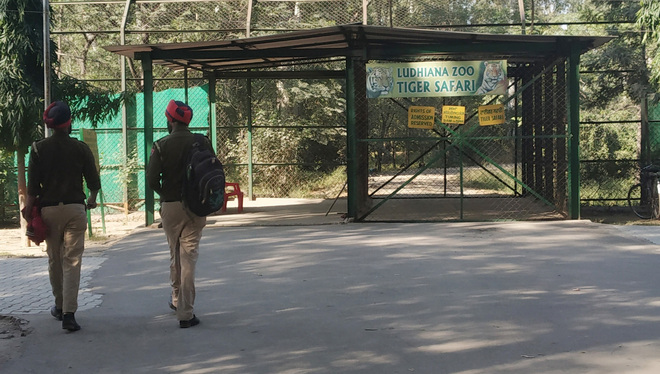 Samples of bird droppings are being sent regularly for test from zoo.

The Ludhiana zoo authorities are on red alert and extra precautions are being taken amid the bird flu scare. Samples of bird droppings are being sent regularly for examination as a safety measure.

The situation has resulted in chicken biryani going off the palate of the two Himalayan black bears at the zoo, and they now being fed vegetarian khichdi instead.

From last year, the zoo authorities had started giving chicken to Himalayan black bears Kaalu and Rennu in the form of chicken biryani and since the winter season is on, special care is being given towards the diet of the animals, with the intake of meat and chicken increased.

“On the recommendation of the doctor, we started giving 500 gm of chicken to each bear in the form of chicken biryani, but now we have shifted to khichdi made of rice and sabut moong daal,” said Narinder Singh, in charge of the zoo.

Telling about the diet of both bears, he added that in the morning, they were given 200 gm of bread, three bananas, 500 gm of cucumber, 100 gm of carrot and 100 gm of honey. In the dinner, they were given chicken biryani which has now been swapped with khichdi prepared by 500 gm of rice and 500 gm of moong daal and roti prepared from 250 gm of makki atta.

“We used to give 500 gm of chicken meat per day per animal mixed with rice, but it has been discontinued from January 4 due to precaution from bird flu. The lone tiger, Chirag, is being given buffalo meat as usual, said district forest officer (wildlife) Neeraj Gupta.

Gupta said they had received instructions from the Central Zoo Authority of India and they were following the same and the public was requested not to go near the animals and told to maintain distance from them.

“The entrance to the zoo, vehicles reaching here and bird sections are disinfected regularly. Monitoring teams have been formed that regularly keep an eye on the movement of the birds. They are inspecting and watching the birds every hour and the samples of bird droppings are also being sent at regular intervals for testing as a precautionary measure,” added Gupta.