Man booked for rape on pretext of marriage 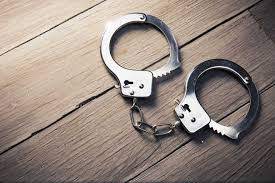 The Model Town police registered a case of rape against a man who had been allegedly sexually exploiting a woman on the pretext of marriage.

The suspect has been identified as Rajbir Singh, a resident of Abdulapur Basti.

The complainant, a resident of the same locality, told the police that she got married to a Phillaur-based man in 2016. Later, due to some matrimonial dispute, she left her husband and started staying at her parent’s house.

Rajbir, who was staying in the neighbourhood, had developed a friendship with her. He had also proposed to her.

“The suspect had promised me that he would marry me and developed a physical relationship with me. Most of the time when he met me, he used to offer me some cold drinks laced with sedatives and rape me,” alleged the victim.

She also alleged that the suspect had also taken her photographs in objectionable positions. Recently, he refused to marry her and shown her the objectionable photographs with the help of which he started sexually exploiting her.

ASI Daljit Singh said a raid was being conducted to nab him. Sources said the ADCP 3 had conducted a probe in the matter and recommended a rape case against the suspect and later the DA (legal) also stated that rape was committed on the pretext of marriage in the case. — TNS