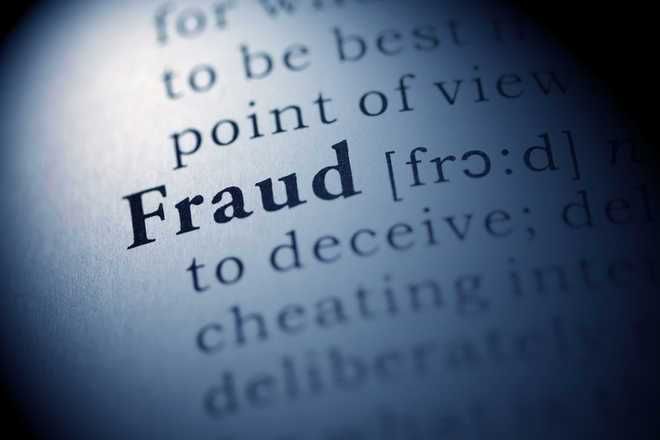 The Police Division 6 on Sunday registered a case against a man who cheated his bed-ridden elder brother Yashpal Singh by fraudulently withdrawing Rs 2 crore from a company account.

The accused has been identified as Vikram Kumar, a resident of Ludhiana. A case of fraud and criminal breach of trust was registered against him on the complaint of his brother’s wife Parminder Kaur.

Complainant Parminder said her family owns three companies — Mefa Needles, Metal Fabric India Private Limited, Dholewal, and Punjab Switch Gears, Focal Point. Her husband Yaspal and brother-in- law (husband’s brother) Vikram are the directors of the firms. The companies have six bank accounts in which her husband and his brother are equal partners.

“As my husband is paralysed since 2017 and is bed-ridden, he transferred his company operation rights to me via general power of attorney. But my brother-in-law has not been giving any information about the company accounts to me despite my repeated requests,” Parminder alleged.

The woman said in February 2020 they had requested the bank to freeze the bank account of Metal Fabric with State Bank of India, in which over Rs 2 crore were lying, on the suspicion that Vikram might resort to some malpractices. “Later, bank officials visited our house and after taking the thumb impression of my husband, freezed the bank account,” she said.

“In February this year, when we checked the account in which over Rs 2 crore was lying, we were shocked to know that the accused had transferred Rs 2 crore to his personal Axis Bank account by submitting a cheque of the joint bank account. Though a case is registered against Vikram, we still want a thorough probe in the matter to know about the involvement of other aides of the accused who helped him in the fraud,” alleged the complainant.