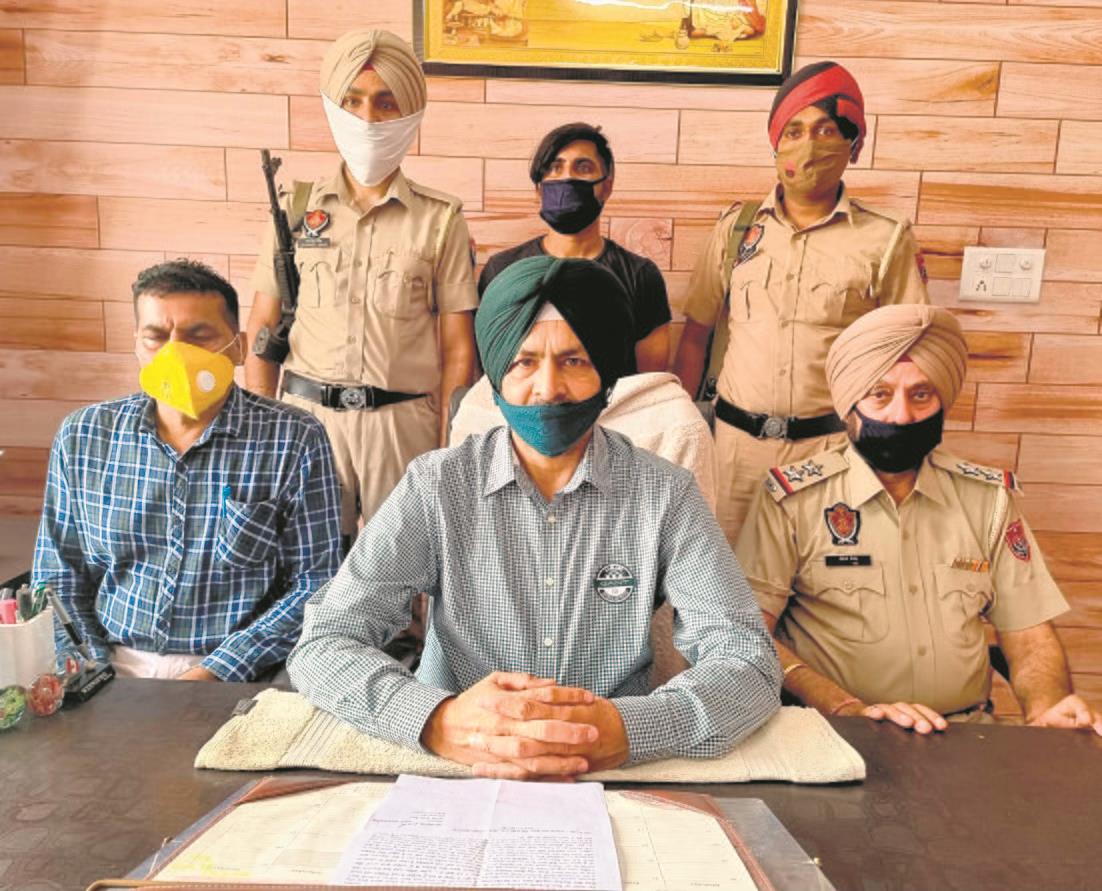 The accused in Special Task Force custody in Ludhiana on Saturday. Tribune Photo

The Special Task Force nabbed a smuggler and recovered 1.30 kg of heroin from his possession.

The accused has been identified as Deepak Kumar Deepu (32) of Machhiwara Sahib.

The STF, Ludhiana, in-charge, Harbans Singh, said a tip-off was received that notorious smuggler Deepak Kumar was on his way to deliver a huge consignment of heroin to his clients.

Accordingly the STF team laid a naka near the house of Deepak. After intercepting Deepak, his checking was done and heroin recovered.

During preliminary questioning, Deepak Kumar confessed that he had been into drug smuggling for the past 10 years and he himself was a drug addict.

Inspector Harbans said police remand of Deepak Kumar would be sought from the court so that entire supply line could be busted. — TNS