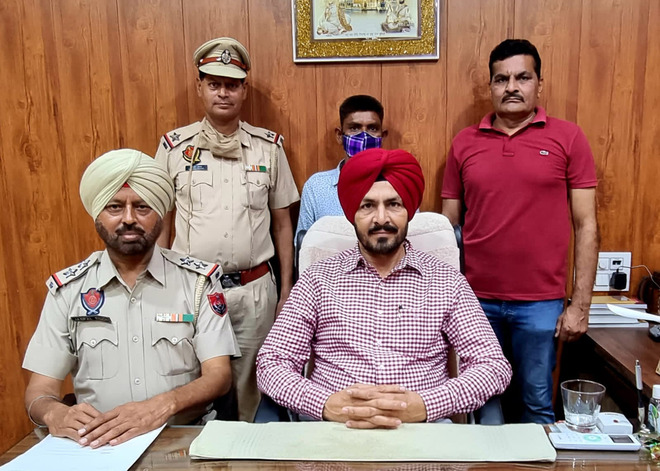 Ludhiana STF in-charge Harbans Singh with the suspect (in mask) during a press conference in Ludhiana on Sunday.

Special Task Force of the police have nabbed a smuggler and recovered 450 gram of heroin from his possession. The suspect has been identified as Kaka Singh, alias K Deep, a resident of Janta Colony.

Inspector Harbans Singh, in-charge of the STF, said they received a tip-off that a person was on the way to deliver a consignment of drugs to his clients. A team of the STF set up a naka at Kot Mangal Singh where the suspect was signalled to stop. A search of his belongings yielded 450 gram of heroin.

During preliminary questioning, the suspect admitted that he had been into the illegal trade of heroin smuggling for the past over five years and he was also a drug addict. He was already facing four cases of drug smuggling.