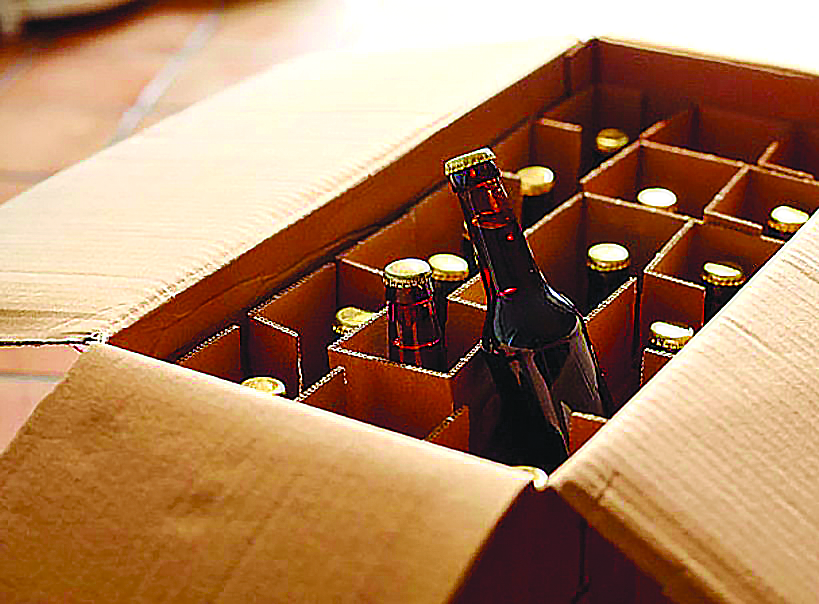 The Khanna City police nabbed a liquor smuggler and recovered 46 cases of illicit liquor from his possession.

The accused has been identified as Karanvir Singh, a resident of Maksudran village.

Gaurav Manro of Boothgarh and Sanju of Meat Market, Khanna, accomplices of the nabbed accused, had managed to give the slip to the police party.

Investigating officer ASI Parmodh Singh said the police personnel were patrolling on the Amloh road when a tip-off was received that the three persons, who were notorious liquor smugglers, were bringing illict liquor from neighbouring states, which they used to supply in the region.

Accordingly, the police party laid a naka at a strategic point where the car of Karanvir was intercepted for checking. During the checking of the vehicle, the illicit liquor was seized. The other two suspects were traveliing in another car, hence, they managed to escape from the spot.

During the preliminary questioning, Karanvir admitted that he, along with his accomplices, used to bring illicit liquor from Haryana and other states which they further supply in Khanna.

Meanwhile, the Machhiwara Sahib police also nabbed a person, identified as Harpreet Singh of Machhiwara, and seized 13 bottles of illicit liquor from him.

The accused was nabbed from the Nurpur road where he had to deliver a consignment of liquor to his client.

A case under the Excise Act has been registered.