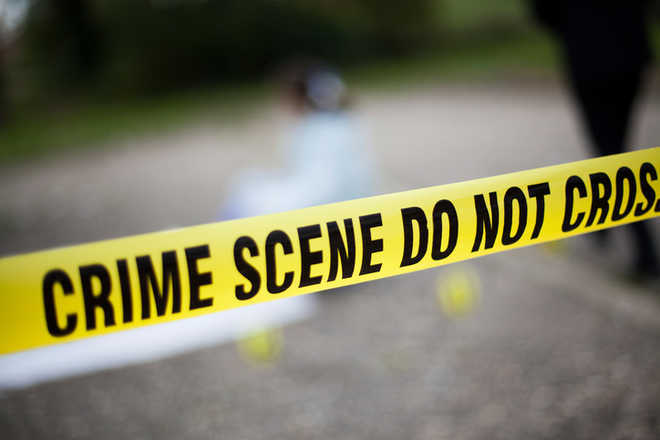 Ram Anjor, a resident of Iqbal Nagar on Tibba Road, who runs a travel agency on Rahon Road lost Rs 70,000 in cash and two mobile phones to armed robbers on Tuesday evening.

He said he was sitting in his office when three persons forced their entry to the place and took away the cash lying in the drawer and two mobile phones after threatening him with a weapon. The police have registered a case under Sections 379-B and 34 of the Indian Penal Code (IPC) in this regard on Wednesday.

The Sahnewal police have arrested four persons, Jatinder, Rambali, Sukhveer Singh and Rakesh Bhatia, all residents of Hara Colony, Sahnewal, and have recovered cans of desi ghee and other items stolen by them from Gurdwara Reru Sahib in Nandpur (Sahnewal) on the intervening night of January 23 and 24. The police said the accused were nabbed on Wednesday on the basis of a tip-off from Old Grain Market in Sahnewal when they were about to sell the desi ghee and empty cans of mustard oil which they had stolen from the langar hall of the gurdwara. Over three cans of desi ghee and four empty cans of mustard oil were seized from the accused who had been booked under Sections 380, 413, 411 and 34 of the IPC.

One nabbed for theft

In another incident, a mobile phone store in Hira Nagar on Kakowal Road here was burgled during night hours when it was closed. The miscreants, who had gained entry to the shop after breaking open the lock of the main shutter, took away 12 mobile phones, three smartphones, three old cell phones of customers which were kept at the shop to repair, an AirPod and cash kept in the drawer. The police had registered a case under Sections 457 and 380 of the IPC on Wednesday. During investigation, the police arrested Rajesh, a resident of New Deep Nagar. Four stolen mobile phones were recovered from the accused. His accomplice, identified as Nandan, a resident of Kali Sarak, is absconding. — OC