Man sentenced to 10-yr jail for rape on pretext of marriage : The Tribune India 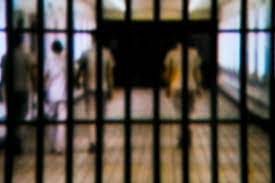 The Court of Additional Sessions Judge Ashok Kapoor has convicted Charanjit Singh Dhillon, a resident of Lohara village in a rape case. The accused was facing accusations of establishing physical relations with the victim girl on the pretext of marriage and committing rape. He was sentenced to undergo 10 years rigorous imprisonment. He was also ordered to pay a fine of Rs 12,000.

Delivering the verdict, the court held that the prosecution had proved the charges levelled against the accused beyond any doubt. A case against the accused was registered on May 17, 2019, at the Model Town police station following victim's statement.

The complainant had stated to the police that the accused was known to her since nine years. The accused was continuing friendship with her on the pretext of marriage but he did not tie the nuptial knot. Later, she got engaged to other person but due to accused her engagement was broken. On Feburary 27, 2019, she got married but accused kept on harassing her telephonically. Due to this her marriage was broken and she had to opt for panchayati divorce.

The accused contacted the victim again and assured to marrry her. He again established physical relations with the victim against her wishes. He kept on lingering when it came to marry the victim. When the victim inquired, she came to know that the accused was already married and had two children.

However, during trial the accused pleaded innocence. After appreciating the evidence on record, the court found him guilty and passed the sentence accordingly.