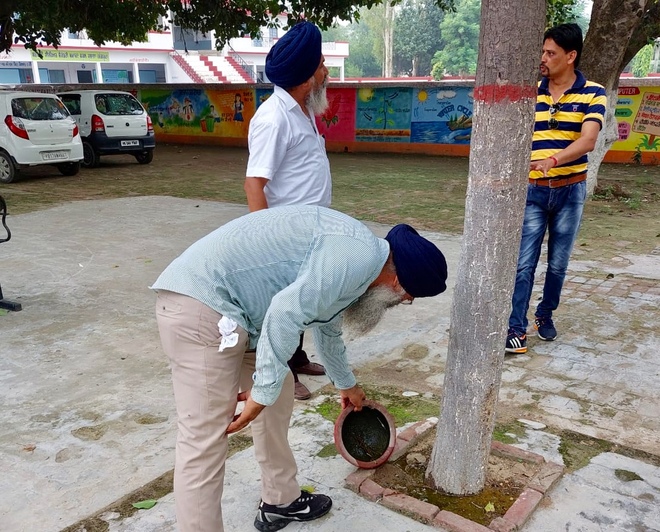 Various government and non-government organisations have launched a coordinated movement to spread awareness on causes and consequences of vector-borne diseases in the region.

An event kicked off by Malerkotla Additional Deputy Commissioner Rajesh Tripathi has been extended to all government and private public dealing offices, including educational institutes.

Inspection of suspected breeding places of vectors, organisation of workshops and seminars besides fogging, distribution of mosquito nets and mosquito repellants were cited as steps being taken by volunteers and government healthcare workers.

Appreciating the role played by social organisations against the vector-borne diseases, ADC Rajesh Tripathi said municipal councils at Ahmedgarh, Amargarh and Malerkotla had been advised to ensure that all breeding places of mosquitoes were removed with zero tolerance and those violating the guidelines should be challaned.

“We have already advised the authorities concerned to ensure that adequate measures should be taken to check the presence of larvae of vectors of dengue and malaria. The health authorities have been told to spread awareness regarding the same among the masses,” said Tripathi.