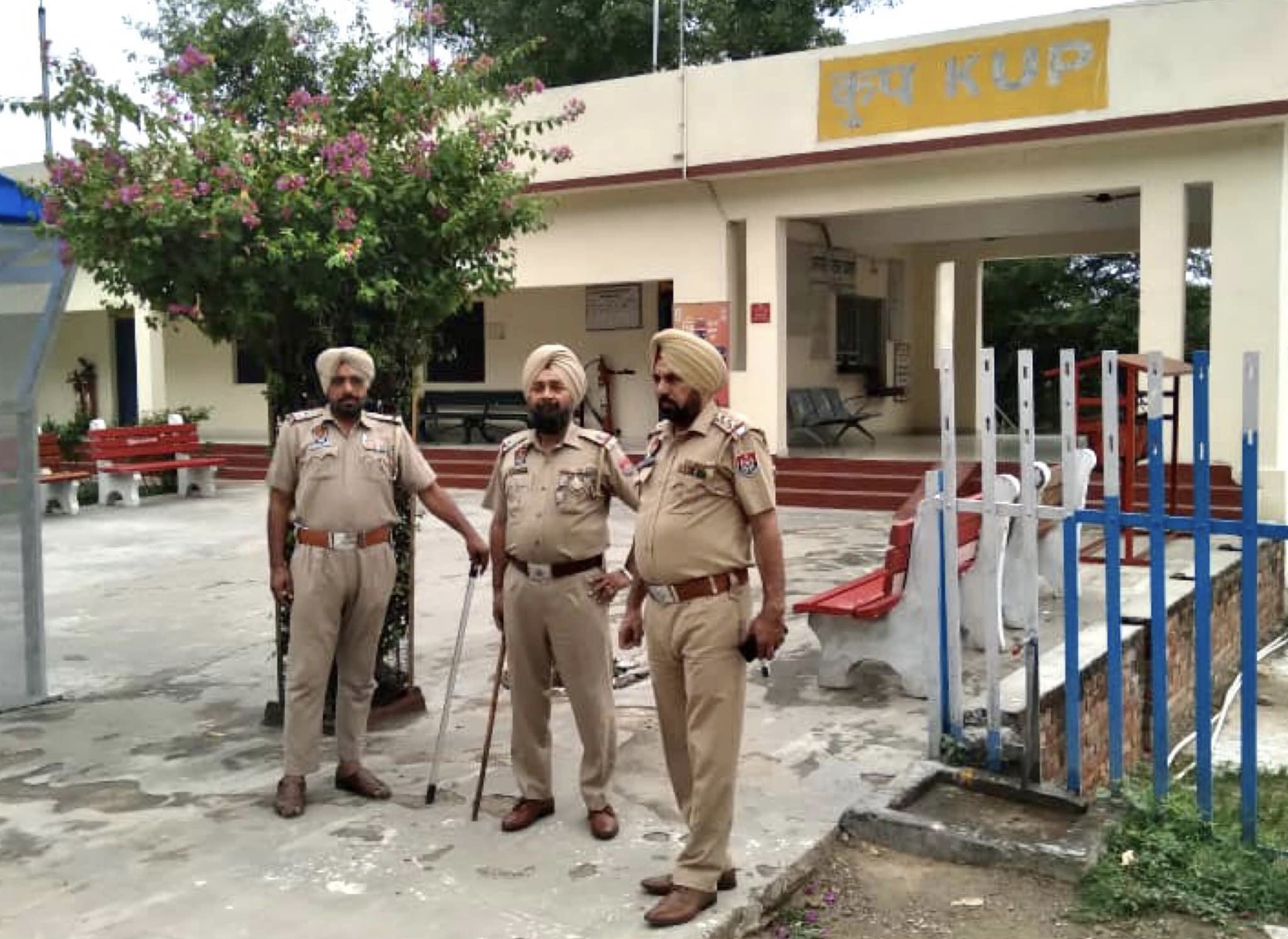 Policemen stand guard at the railway station in Kup on Saturday.

Following reports of Agnipath protests reaching this part of Malwa, the administration has beefed up security in the region with special focus on safety of railway stations situated on the Ludhiana-Dhuri rail tracks.

Though security of railway stations and other installations of the Railways are entrusted with the Government Railway Police (GRP), the district police are also leaving no stone unturned to keep a vigil in the region.

Sources in the administration said security had already been enhanced due to the upcoming Lok Sabha by-poll as some localities of this region fall under the Sangrur constituency.

Besides undertaking combing operations in their respective beats, the SHOs supervised checking at public places, including bus stands and railway stations.

The Mandi Ahmedgarh DSP, Harvinder Singh Cheema, said beat officers had been advised to conduct special checking at and near railway stations of the region, besides public and religious places. “Patrolling and combing operations have been enhanced near strategic localities,” he said.

Harmesh Pal, in-charge, GRP unit, Mandi Ahmedgarh railway station, said he was already coordinating with police personnel for enhancing security at Gill, Kilaraipur, Jitwal, Kup and local railway stations. Efforts were being made to a keep close watch on activities of youths visiting railway stations in groups, he said.