Many Ludhiana churches boast of richness, royalty of British Era : The Tribune India 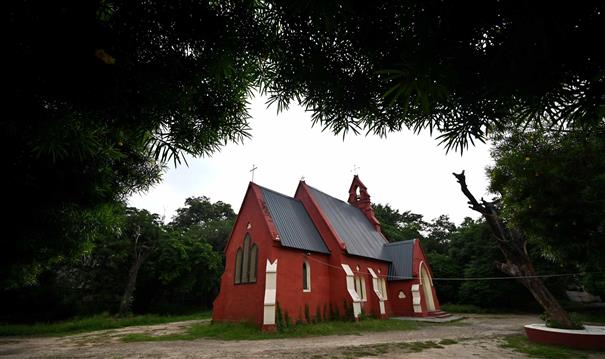 Since India was ruled by the British for a long time, many relics from the past were left behind by them and one such thing was buildings, especially churches. A few churches in Ludhiana too date back to the day of the British Raj and still look stunning exhibiting the richness and royalty of British era. City boasts of a few such churches that have seen heydays during the pre-Independence time.

Christ Church located at Fountain Chowk is one of the oldest Anglican Church built by the British. The work on Christ Church was started in 1834 and completed in 1836, 10 years before the outbreak of the First Anglo-Sikh War.

It is the oldest church in the city where elites of the British and military officers use to worship and the old church registers duly record lavish weddings and baptism as well as solemn funerals.

“My grandfather used to tell me how British officers posted here would never miss the church service and during Christmas, it seemed the whole Britain had landed here. Then, it was The Church of England, and when the Britishers left, the United Church of North India replaced the Church of England,” said B Nathaniel, a resident of the Brown Road area.

Construction of Kalvari Church on Brown Road started about the same time as that of Christ Church but it was not completed till 1837. Kalvary Church played an important role as the first printing press in the state was set up in a building in the church compound. After some years, the second press was set up in Kharar.

The Ludhiana press was set up by Manassah Solomon, son of Elizabeth Wylie, the little girl who was among the few who survived the First Afghan War (1840). The child was handed over to missionaries in Agra. The press published religious literature, most of them in Urdu or Urdu in Roman script so that it could be read easily by the missionaries. Elizabeth had eight children and they all remained in Punjab, devoted to spreading the gospel and education.

The Elizabeth Wylie Prayer Hall, a chapel at the Brown Road intersection, was built in 1904 in memory of Elizabeth Wylie. But sadly, a new church was constructed here in 2001.

BM Fredrick, secretary of the United Church of North India, said the old Kalvary Church would have been saved as it was a relic from the past and hold so many past memories.

Girjaghar, another church, was built in the narrow lanes of Chaura Bazaar in 1905. The Girjaghar Chowk is named after the church, which was initially a teaching chapel. In the tension that followed the assassination of Indira Gandhi in 1984, many Sikhs took refuge in the church.