Many still unaware of single-use plastic ban in Ludhiana 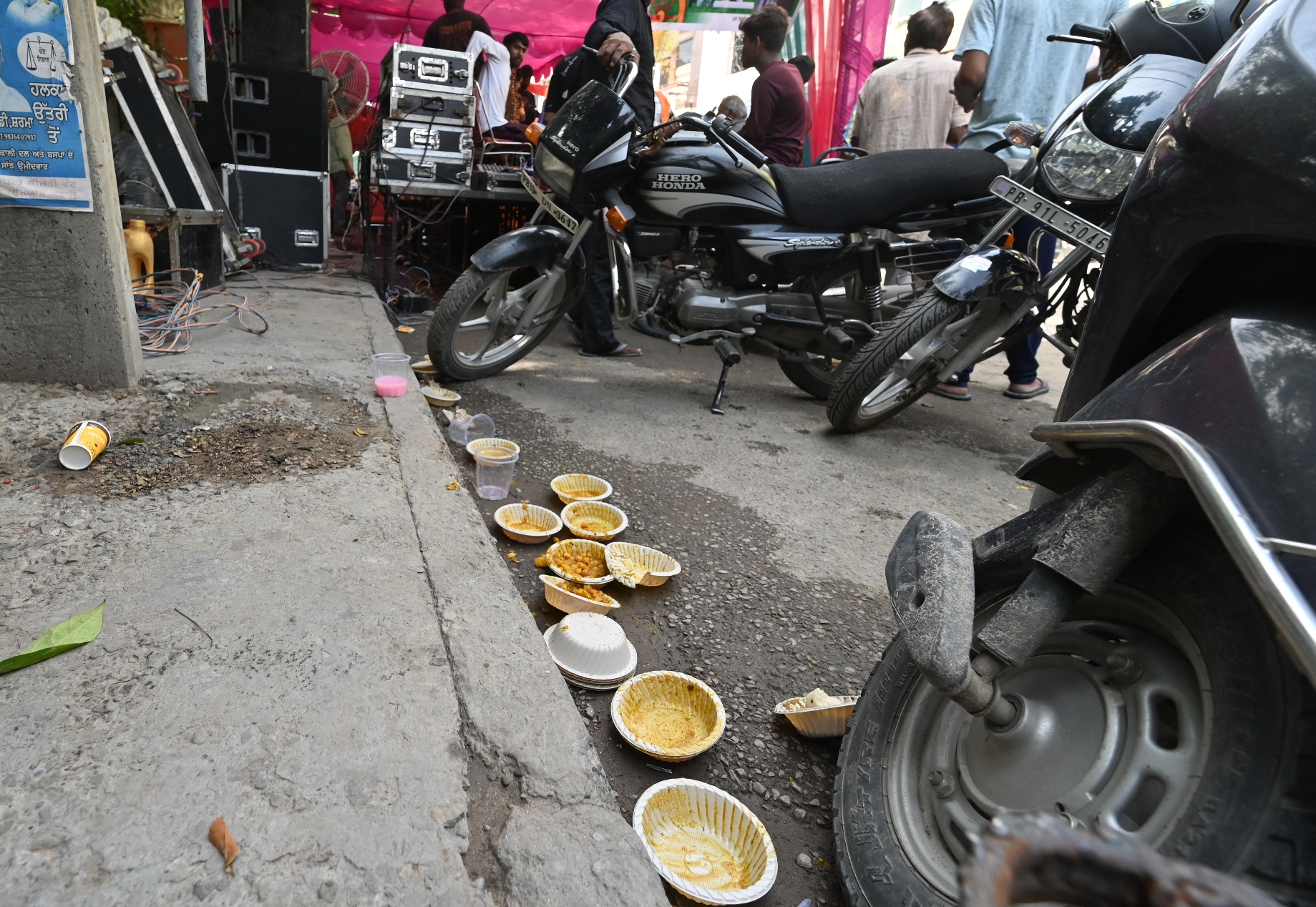 Plastic plates used during a religious event littered in a street; a woman carries items in a polythene bag

In an attempt to save the environment, the government has banned the manufacturing, sale and use of identified single-use plastic items such as plates, cups, straws, trays, and polystyrene from July 1. At the same time, many retailers, vendors and shopkeepers seemed unaware about the latest development and they continued to sell plastic products.

What the notification says

One of the manufacturers of plastic products, Rajiv Jain, here had to shut his unit.

Talking to The Tribune, Rajiv Jain said the government itself was not clear what it wants.

“They can give you an injection with disposable syringes, which is plastic but they are not letting us manufacture or sell plastic products. During Covid, these disposable products saved the lives of many and today, this is being considered as a threat. If the Delhi Government has allowed the use of plastic products of 75 microns, why the Punjab Government can’t do the same?,” asked Jain, adding that this was a huge industry worth Rs 80,000 crore and millions of labourers would be jobless if the ban continues.

Meanwhile, many shopkeepers and vegetable vendors looked unaware about the ban. A vegetable vendor, Raushan, said last time also the government had acted tough against the menace.

“But we are still supplying vegetables in plastic bags. They cannot ban it without giving us an alternative”, said the vendor.

In a bid to tackle the growing crisis of waste generated from single-use-plastic, the Ministry for Environment, Forest and Climate Change had issued the notification last year in August, announcing a ban on single-use plastic beginning July 2022.

The ministry along with the Central Pollution Control Board (CPCB) now has come out with detailed guidelines on what will be banned from the market starting July 1 and the penalty associated with it. The notification said: “The manufacture, import, stocking, distribution, sale and use of single-use plastic, including polystyrene and expanded polystyrene and commodities such as plates, cups and glasses to name a few will be prohibited with effect from the July 1, 2022.”

According to the guidelines effective from July 1, the notification said people found to be flouting the ban can be fined under the Environment Protection Act, 1986, which permits jail of up to five years or a penalty of up to Rs 1 lakh, or both.