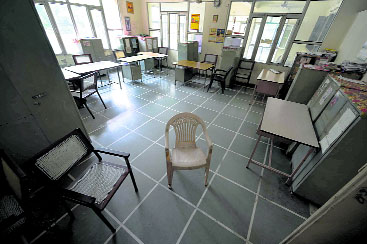 Visitors at the MC offices returned empty handed today as employees were on a strike in support of the state unions of various departments opposing the state’s Sixth Pay Commission recommendations.

President of the Municipal Employees Sangarsh Committee Jasdev Singh Sekhon said they observed a strike to extend support to the protesting unions. A group of members of the committee also participated in the state-level rally organised by the unions of various government departments in Patiala on Thursday