A petition was filed against the MC, LIT and GLADA for blatantly violating NGT orders for removal of concrete around trees 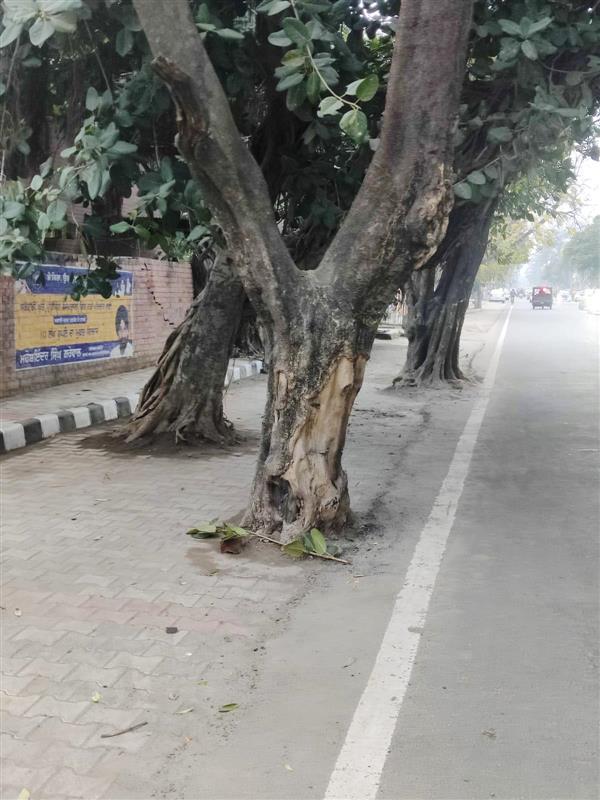 A Ludhiana court has ordered the Ludhiana Municipal Corporation (MC) Commissioner, the Ludhiana Improvement Trust Chairman and the GLADA’s Chief Administrator to appear in person before the court in a case of ‘blatant violation’ of the National Green Tribunal (NGT) orders.

The NGT, while hearing a petition against the installation of interlocking tiles and cement concrete around trees, had earlier ordered the MC, GLADA and LIT to take remedial action as per law.

Accusing the departments of ignoring the NGT orders, a city resident, Kapil Dev, then filed a petition before the Ludhiana court against them. No official/officer from the MC, LIT and GLADA appeared before the court during the hearing on January 12. As per the court orders, it is quite evident that respondents are blatantly violating the directions of the tribunal.

Civil Judge (Senior Division), Ludhiana, Harsimranjit Singh, issued directions that to ensure meticulous compliance of the order of the NGT, the MC Commissioner, LIT Chairman and GLADA CA are directed to appear in person on February 1, failing which the court will be constrained to adopt coercive methods to ensure their presence. He ordered to issue notices to these officers through their respective counsel for the date fixed.

The petitioner, Kapil, said on a petition filed by him against concretisation of bases of trees, the NGT on March 10, 2021, had directed the LIT, GLADA and MC to take remedial measures to remove concrete within a radius of one meter around trunks of trees. “Despite receiving the orders, representations, as well as peaceful protests by various NGOs, the MC as well as the Trust, continued with their act of damaging the environment by covering bases of trees with interlocking tiles in Ludhiana. Accordingly, an execution application file was filed with the Tribunal, which was forwarded to the district courts for the execution of the orders,” he said.

Interlocking tiles or concrete material have been laid, choking trees, in various parts of the city.