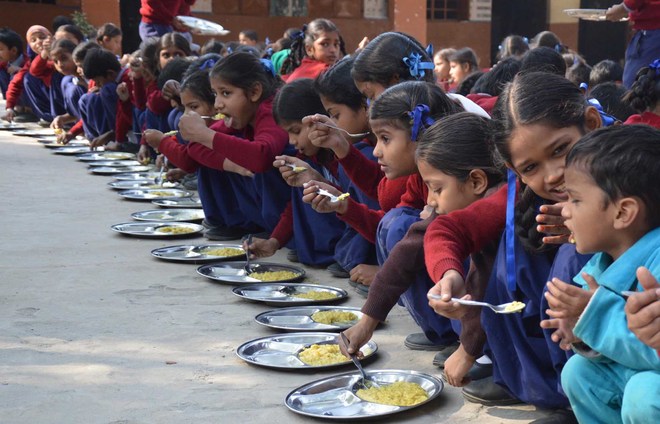 Owing to no clear instructions from the authorities in the matter of distribution of ration received under the mid-day meal scheme, the same has begun to pile up in schools. The last received ration supply is also yet to be distributed by schools to the beneficiaries.

Fearing ration would go stale, many schools have started visiting homes of students to distribute ration on their own. School authorities say the last received ration supply, which was to be cleared till March/April, is still lying in schools.

The schools have been shut for over a year now. Though they were opened for a few days, the state ordered to shut them again owing to increase in Covid-19 cases.

A middle schoolteacher said the ration supply had been lying in the school for a long time now and had to be distributed.

“We have come to know that the next stock will also arrive soon. We have limited containers to stock the next supply. When the last lockdown was imposed, schools were instructed to distribute the ration among registered students but this time, we have not received any instructions. We cannot take a call on whether to distribute the last supplied ration or not,” said the teacher.

Talking to Ludhiana Tribune, DEO Lakhvir Singh said the department was putting all possible efforts to distribute ration among the registered students and transfer the cooking amount in the bank accounts of families.

“In many schools, ration was received in March. There must be only a little stock of ration lying in only a few schools, otherwise all others have already distributed it to registered families,” said Lakhvir Singh. Despite repeated attempts, Prabcharan Singh, general manager, Mid-day Meal Centre, Mohali, could not be contacted for a comment.