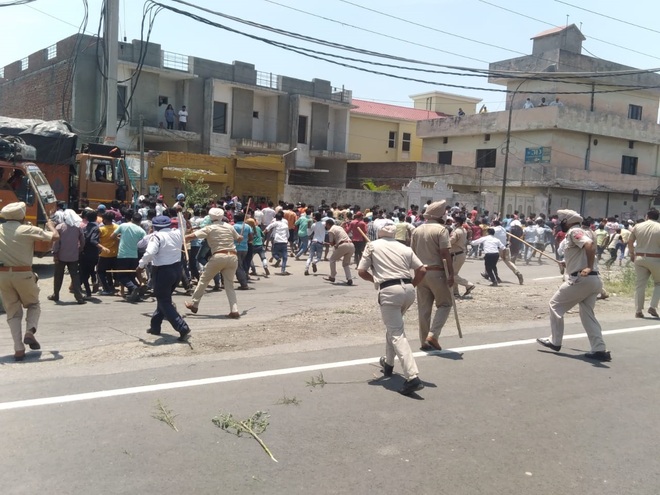 Hundreds of migrants gathered on the national highway near Basti Jodhewal and protested against the district administration and the police for failing to provide ration.

Migrants alleged that some officials took cash from them and only then allowed them to enter Guru Nanak Stadium where medical screening is done before boarding trains.

The police personnel dispersed the agitators by using mild force.

He said, when workers questioned the move, they were threatened.

He said the administration and the government had announced that workers would not pay a single penny for going back to their respective states.

Irate migrants alleged that despite making repeated calls at the helpline, ration was not provided to them.

The police officials who reached the spot to pacify the migrants, denied the allegations and assured that they would verify the accusations.