Miraculous escape for youth as car rams into trees near Majri village : The Tribune India 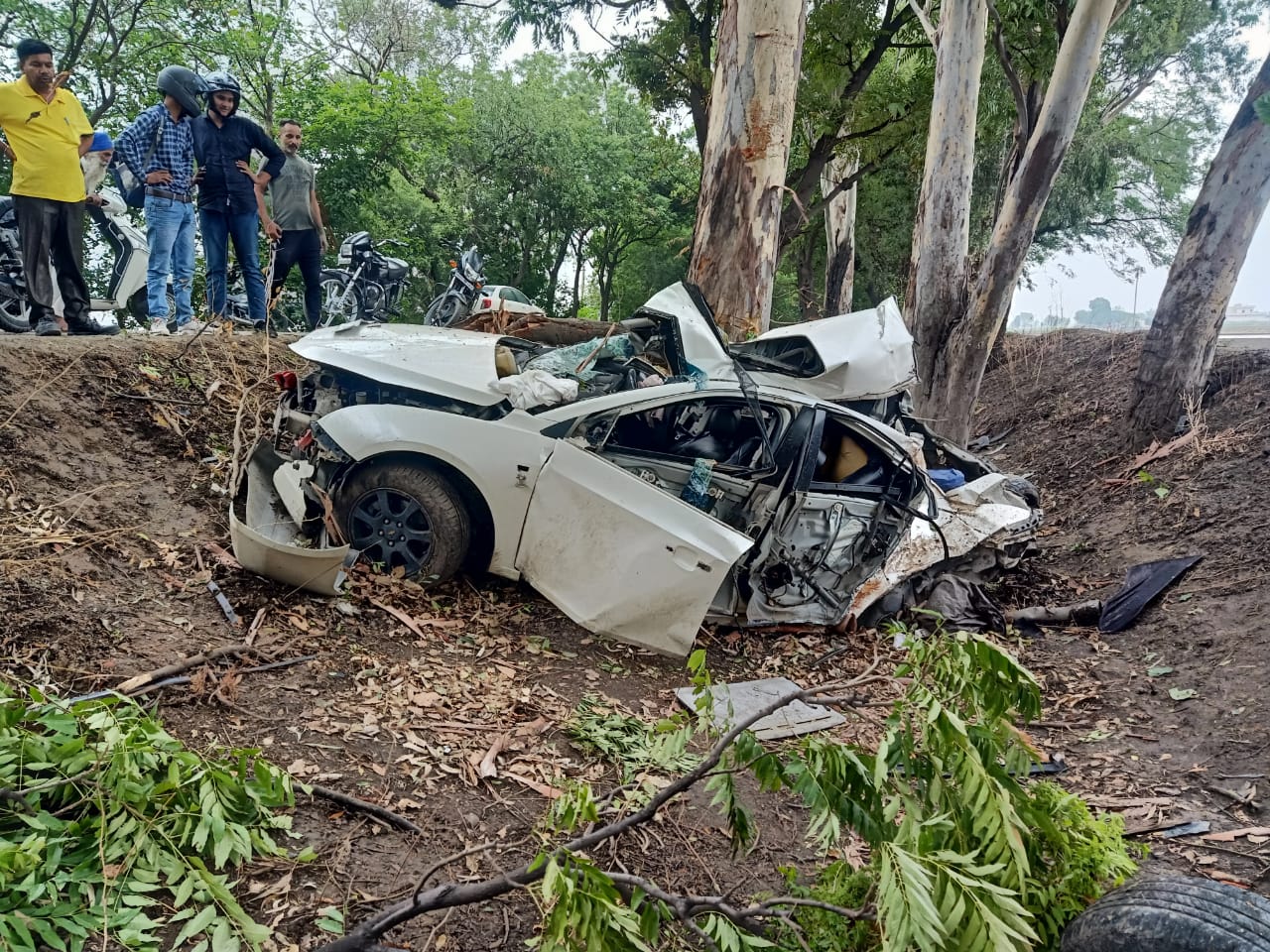 The car that collided with trees on the Payal-Bija road. Tribune Photo

A youth had a miraculous escape when the car he was driving, collided with trees on outskirts of the Majri village, along the Payal-Bija road, on the intervening night of Friday and Saturday.

Had a police party not noticed wreckage of the car at 1 am today, the victim, who was lying unconscious at some distance from the car, could have succumbed to injuries.

Though the police are yet to ascertain the sequence of events, it is suspected that the youth was returning home after attending some night party with his peers.

Gurmit Singh, a cop, informed that his party rescued seriously injured youth identified as Anupam Singh of Kuhli village with the help of passersby while they were patrolling the area at 1 am on Saturday.

“Had one of our cops not noticed the wreckage of the car, the mishap could have gone unnoticed and it could have been difficult to save the injured due to over bleeding,” said Gurmit.

Sarpanch of Kuhli village Jaspreet Singh said the victim was admitted to the DMCH where his condition was stated to be stable.