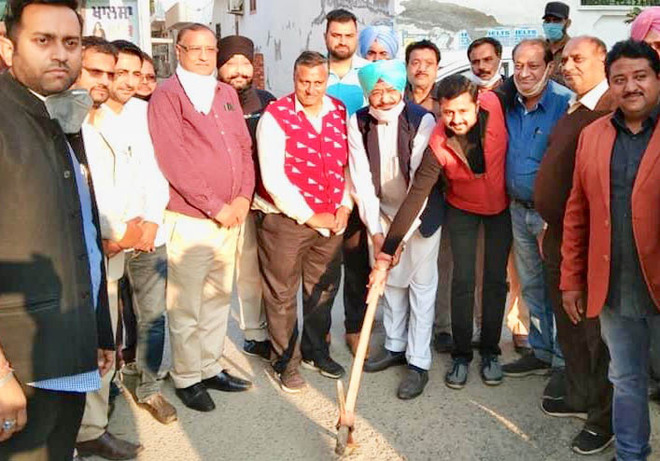 With this, residents of those localities where roads and streets have not been constructed for years heaved a sigh of relief.

While inaugurating the project at Green Avenue, Dhiman told residents that the construction of roads and streets had been started after coordinating with the authorities in the Sewerage Department to check re-digging for laying sewerage pipes in certain areas. “Though we could have started work on these roads earlier, we had to stagger the work as the Sewerage Department had not released their map for laying pipes in various parts of the town. Now, when officials, led by Executive Officer Vikramjit Sharma, have come to know about the proposed draft plan of the sewerage board, repair and construction work for 12 roads and streets has been started,” said Dhiman.

Executive Officer Vikramjit Sharma acknowledged that the construction work had been started only on those roads and streets where digging might not be required for any purpose in the near future. Sharma said officials concerned of the Technical Department of the civic body had been advised to ensure that the work was completed within stipulated period without causing inconvenience to residents of respective areas.