Farmers get above MSP; purchase up four times in a week 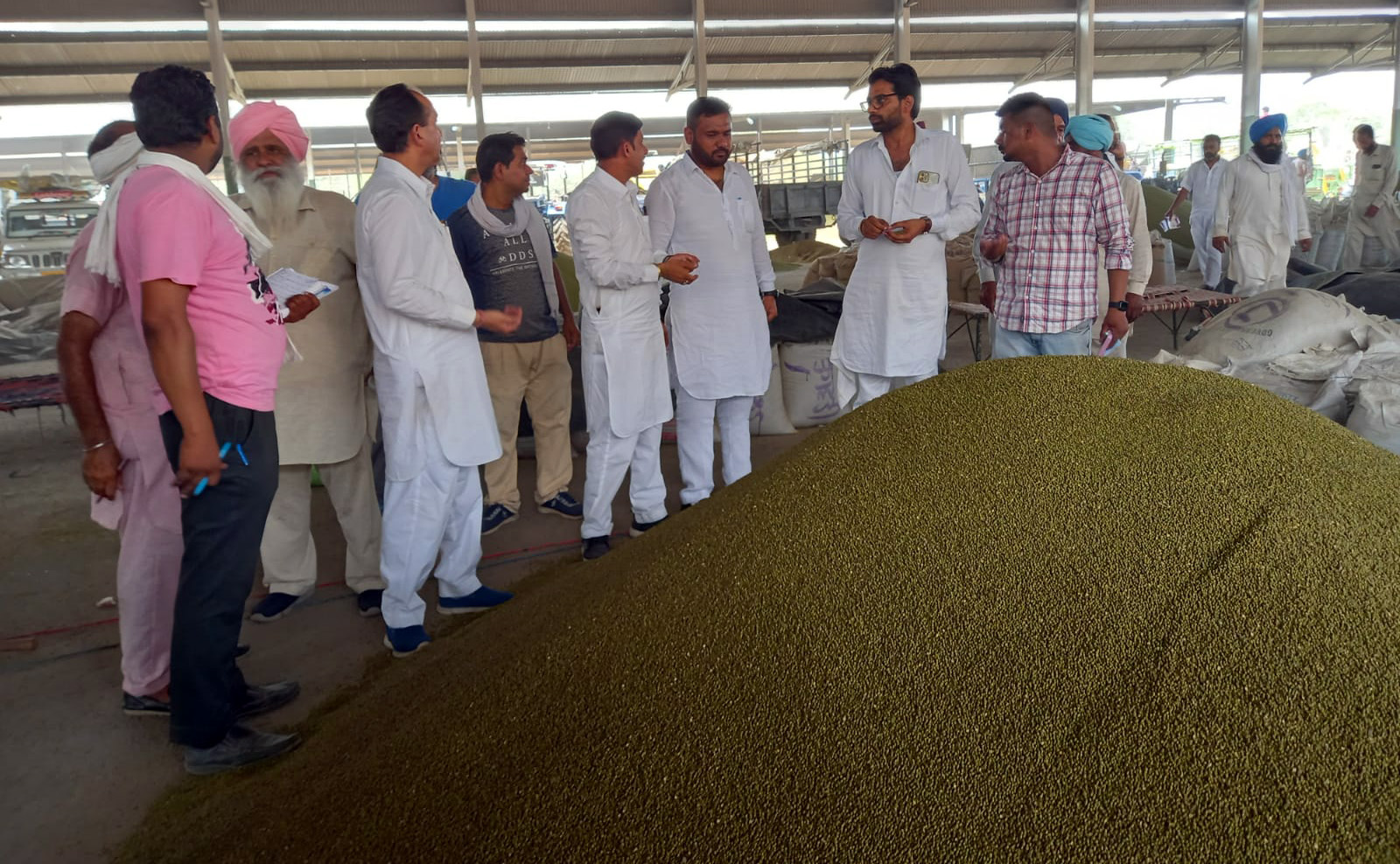 Moong being sold at a grain market in Jagraon near Ludhiana on Tuesday. Himanshu Mahajan

The procurement of moong, one of the main pulses grown during the kharif season, has picked up pace with the farmers getting up and above the minimum support price (MSP) of their produce, at Jagraon grain market, the state’s main purchase centre, in Ludhiana, the administration has confirmed. 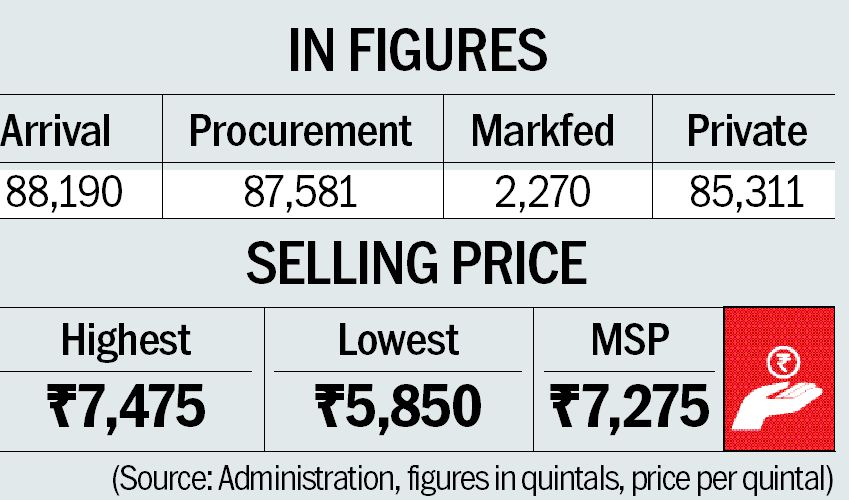 We are committed to purchasing every single grain of moong arriving in the mandi and facilitate the farmers with all basic amenities, besides hassle-free purchase, payment and lifting arrangements. The farmers are being paid for their produce within 48-72 hours. Surabhi Malik, DC

As many as 87,581 quintals of moong had already been purchased. Of this, 2,270 quintals was procured by Markfed, the nodal agency for government purchase, while 85,311 quintals of pulse was bought by private agencies. Vikas Hira, Jagraon SDM

From 2,216 metric tonnes (MT) on June 20, the moong purchase has gone up four times in a week by crossing 8,758 MT mark on Tuesday, the officials have revealed.

Deputy Commissioner Surabhi Malik, who was reviewing the progress of moong procurement on a daily basis, told The Tribune that the farmers have fetched up to Rs 7,475 per quintal for moong against the MSP of Rs 7,275 at the Jagraon mandi.

She said elaborate arrangements had been made at the state’s main purchase centre in the district to ensure all basic amenities to the peasants, besides maintaining smooth purchase, lifting, and payment of the procured pulse during the first-ever government purchase of moong in Punjab.

He said as many as 87,581 quintals of moong had already been purchased. Of this, 2,270 quintals was procured by Markfed, the nodal agency for government purchase, while 85,311 quintals of pulse was bought by private agencies. While the procured stock has almost been lifted smoothly and the farmers being paid on time for their produce, the unsold quantity of moong lying in the Jagraon market was only 609 quintals till this evening.

A visit to the grain market in Jagraon revealed that the arrival and procurement of moong was in full swing with the farmers coming in hordes to the mandi with tractor-trolleys full of their produce and getting sold the pulse within a few hours.

Balkar Singh from Jagraon said he had sold 2,100 quintals of his produce up and above MSP without any hassles.

“I came with my produce in the morning. Till afternoon, I was able to sell my 1,500 quintals of moong at Rs 7,400 per quintal to a private agency,” shared Darshan Singh of Sudhar.

Lal Singh from Mangat said with the start of government purchase, the sale and price of moong had improved this season.

“I have been selling moong for the past 10 years. This time, it fetched maximum price and was sold without any wait,” claimed Gurmukh Singh from Sidhwan.

Rajinder Singh from Dehlon was, however, bit upset as his produce could not fetch desired price due to damage and quality issues.