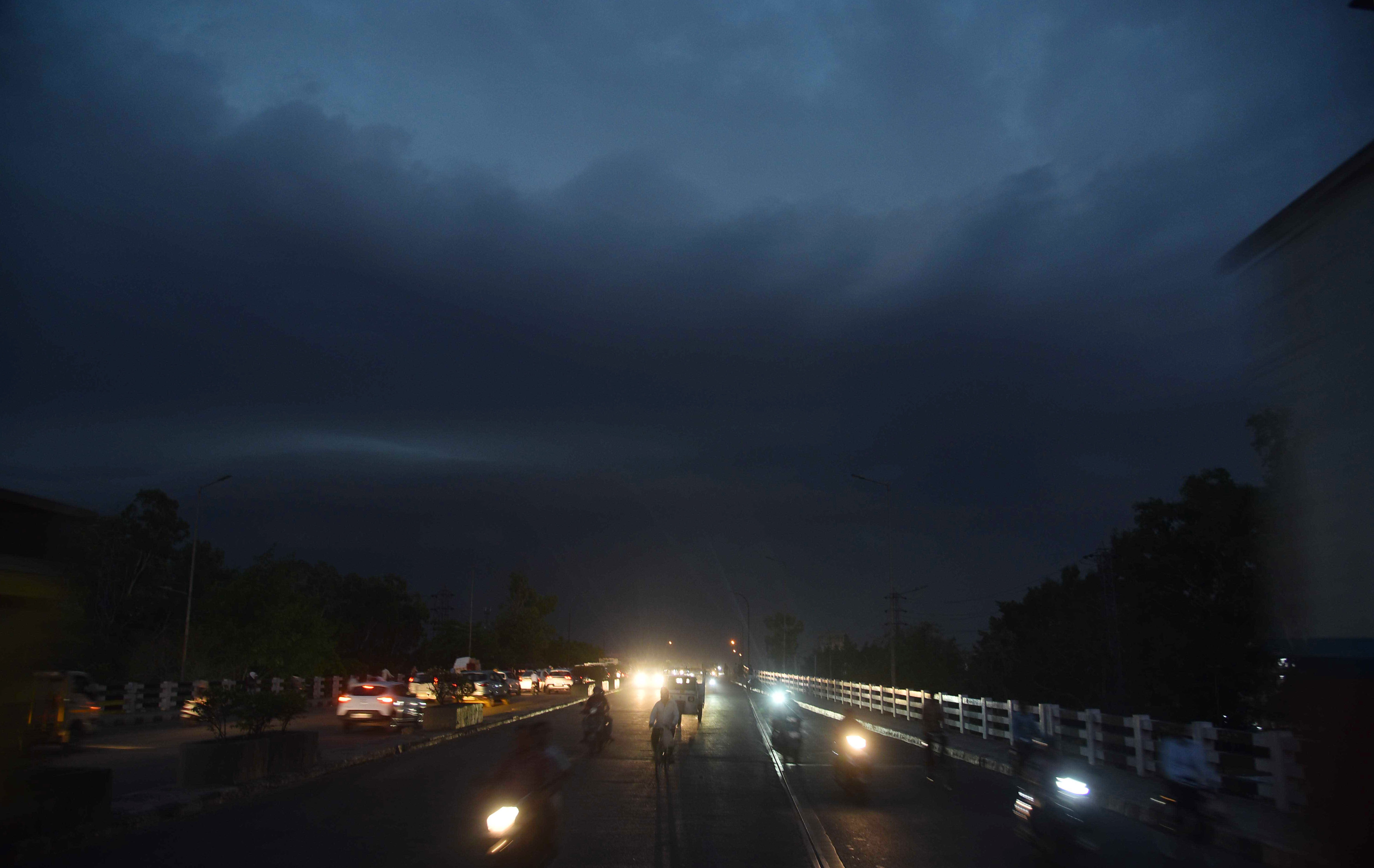 Clouds over the Ludhiana sky on Monday evening. Himanshu Mahajan

After the thunderstorm and rain lashed the city, waterlogging was witnessed on the Lodhi Club Road underpass and newly constructed Pakhowal Road-Sarabha Nagar RUB on Monday. The commuters faced inconvenience due to the water accumulation on the underpasses.

The residents had raised their voice against waterlogging on the underpasses earlier too but no concrete steps have been taken in this regard. Questions are also being raised after water accumulated for some time on the newly constructed RUB after the rainfall.

A city resident, Kapil Arora of the Council of Engineers, said in view of the upcoming rainy season, the departments concerned should take concrete measures to avoid waterlogging on all underpasses in the city. The commuters are forced to face a lot of inconveniences whenever rainwater gets accumulated on the underpasses.

After rain on Sunday night, the temperature has dropped by 10 degree and maximum temperature recorded today was 30 degree celsius. The city received 17.6 mm of rainfall today giving the much needed relief from the intense heatwave that was going on for the past few days. It was last in mid-February that it rained and the showers were much awaited.

As per PAU’s School of Climate Change and Agricultural Meteorology, the minimum temperature was recorded at 18.4°C while the maximum was 30.5°C. According to Dr KK Gill, Principal Agrometeorologist, Punjab Agricultural University, the weather is expected to remain partly cloudy with a possibility of gusty winds/thundershowers over Ludhiana and its adjoining areas during the next 24 hours.

Dr Pavneet Kaur Kingra, head, Department of Climate Change and Agricultural Meteorology, said it was the most awaited rainfall and it can been expected tomorrow as well. “After this, the temperature is again going to rise,” she said.