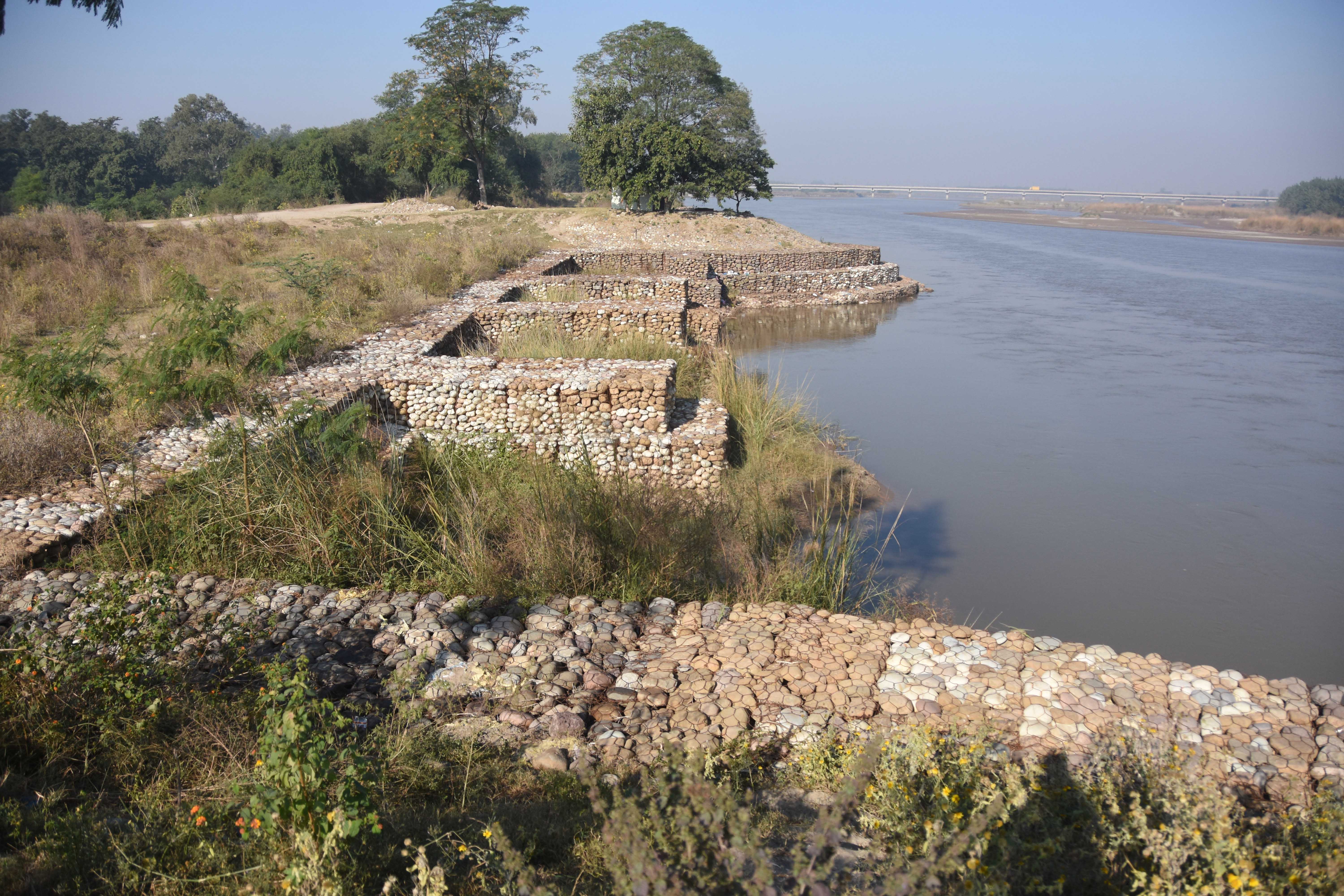 The Sutlej near the proposed site for a textile park. File

Members of the Public Action Committee (PAC) to save Mattewara Forest and Sutlej now raised their voices against a plan for the axing of trees for the construction of a road along dhussi bundh on Sutlej for making approach to the proposed textile park.

The PAC members alleged that there is a plan to axe hundreds of trees for the construction of the road along dhussi bundh and they will oppose the axing of trees.

Kuldeep Singh Khaira, a member of PAC, said they demand the Forest Department should not give any permission for the axing of trees. “The government had earlier claimed that no tree would be harmed. But, we learned that there is a plan for the construction of a seven-meter wide road along dhussi bundh for approach to the proposed industrial/textile park for which 1,697 trees would be axed down. Besides, 6,276 plants will get affected if the road is constructed. We are opposing this plan”, he said.

Another member of PAC, Dr Amandeep Singh Bains said they have already intensified their agitation against the proposed textile park near Mattewara Forest and Sutlej. “The CM had earlier given assurances that the environment would be protected but it seems such assurances were fake. Now, we came to know that the government is planning to construct a road along the dhussi bundh for which permission has been sought for axing hundreds of trees. We condemn such a move.”

“We along with activists from different parts of the state are going to gather near Mattewara Forest on July 10 to oppose the proposed textile park. We demand from the government to cancel this project otherwise agitation would be intensified,” Bains said. An official of the Forest Department said the PWD has sought permission for the construction of a road along dhussi bundh for making an approach road to the proposed industrial park.