No restriction on dress, students will have freedom to wear hijab, turban, tilak: Shahi Imam 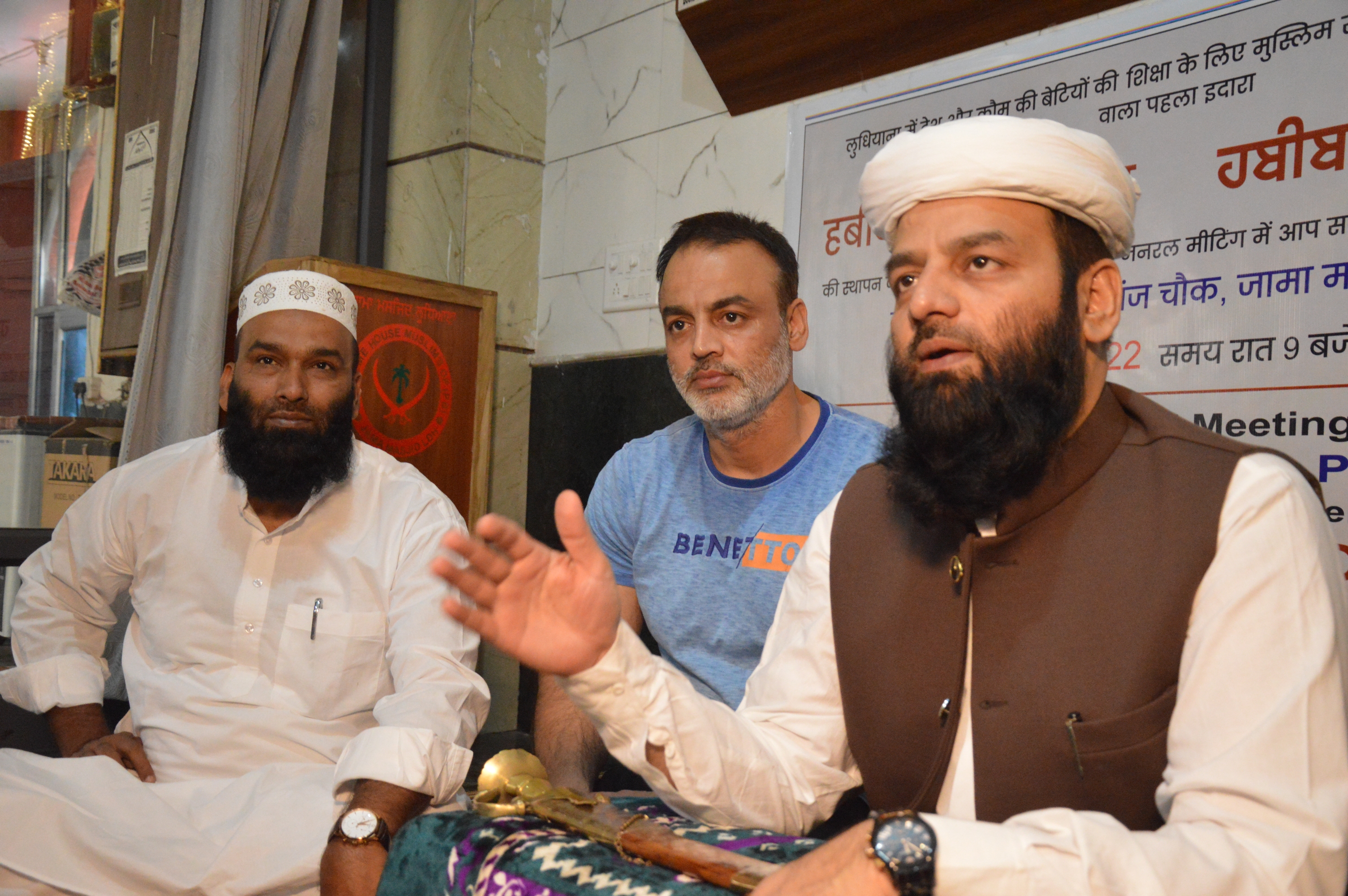 The Muslim community is going to establish Habib Girls College soon wherein there would be no restriction on dress of the girls of any religion. This was announced by Shahi Imam, Punjab, Maulana Mohammad Usman Rehmani Ludhianavi at Jama Masjid here today.

The Shahi Imam said the Muslim community of Ludhiana will soon set up Habib Girls College in Ludhiana for the daughters of the country.

He said the college was the dream of the late Shahi Imam of Punjab Maulana Habib Ur Rehman Sani Ludhianvi and the institute is dedicated to him.

Shahi Imam Maulana Mohammad Usman Rehmani Ludhianavi in a press conference here today said space has been finalised for Habib Girls College. Once the campus design is finalised, the construction work would be started soon. The founding ceremony of the college will be held on September 10, he added.

The Shahi Imam said this would be a general college in which needy girls of all religions would be given free education.

He said Habib Girls College will offer MA, BA and other degree courses. He said the worshipers of all the mosques in the city and the state would contribute to the construction of the magnificent building of the college.

The Shahi Imam said an advisory board of intellectuals, entrepreneurs, bureaucrats and religious scholars is being formed for the guidance of Habib Girls College. The college would have a hostel facility too.