Muslim freedom fighters to be remembered on Republic Day : The Tribune India

Muslim freedom fighters to be remembered on Republic Day 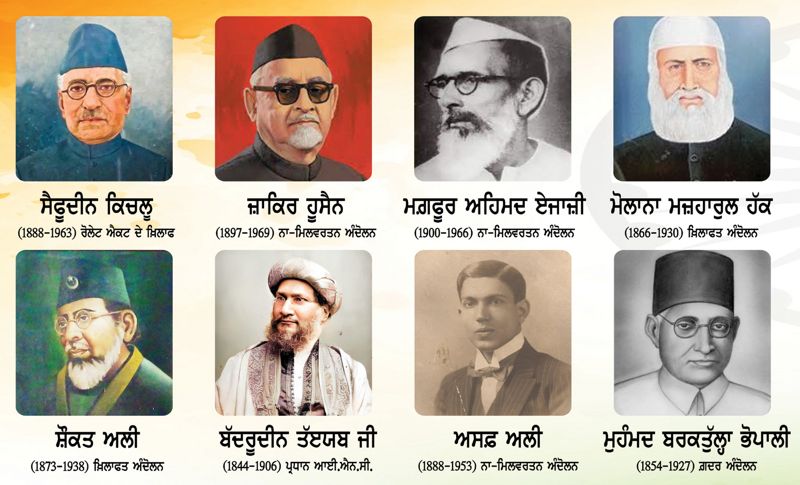 With an intent to highlight the role of Islamic leaders in the pre-independence freedom struggle, a group of Muslim youths have decided to organise a function on the occasion of Republic Day, during which sacrifices of unsung heroes from their community would be highlighted.

Besides organising an elaborate programme after unfurling the Tricolour at the Dehliz Chowk on January 26, the enthusiasts will also install banners displaying portraits of more than 20 prominent Muslim freedom fighters at various locations.

The organisers say the gesture will motivate Muslim youths of the region to come forward and play active in nation building, irrespective of their political, social or religious allegiances.

Zeshan Haidar, the convener of the scheduled event, said youths from various Muslim organisations of the area had been roped in to work in tandem for restoring the lost glory of leaders from their community, who had made supreme sacrifices in struggle against the British Government and played a major role in getting freedom for the country.

“Unfortunately, successive governments have failed to recognise the contributions of Muslim leaders in the freedom struggle and a majority of Muslim freedom fighters and martyrs have remained unsung during functions held to celebrate national events such as Republic Day and Independence Day,” Zeshan Haidar said, adding that these names were also missing from history books.

The enthusiasts have shortlisted names of about 100 Muslim leaders of pre-Independence era and portraits of 20 from them will be displayed in the region.