Committee chairman pulls up MC over huge accumulation of waste 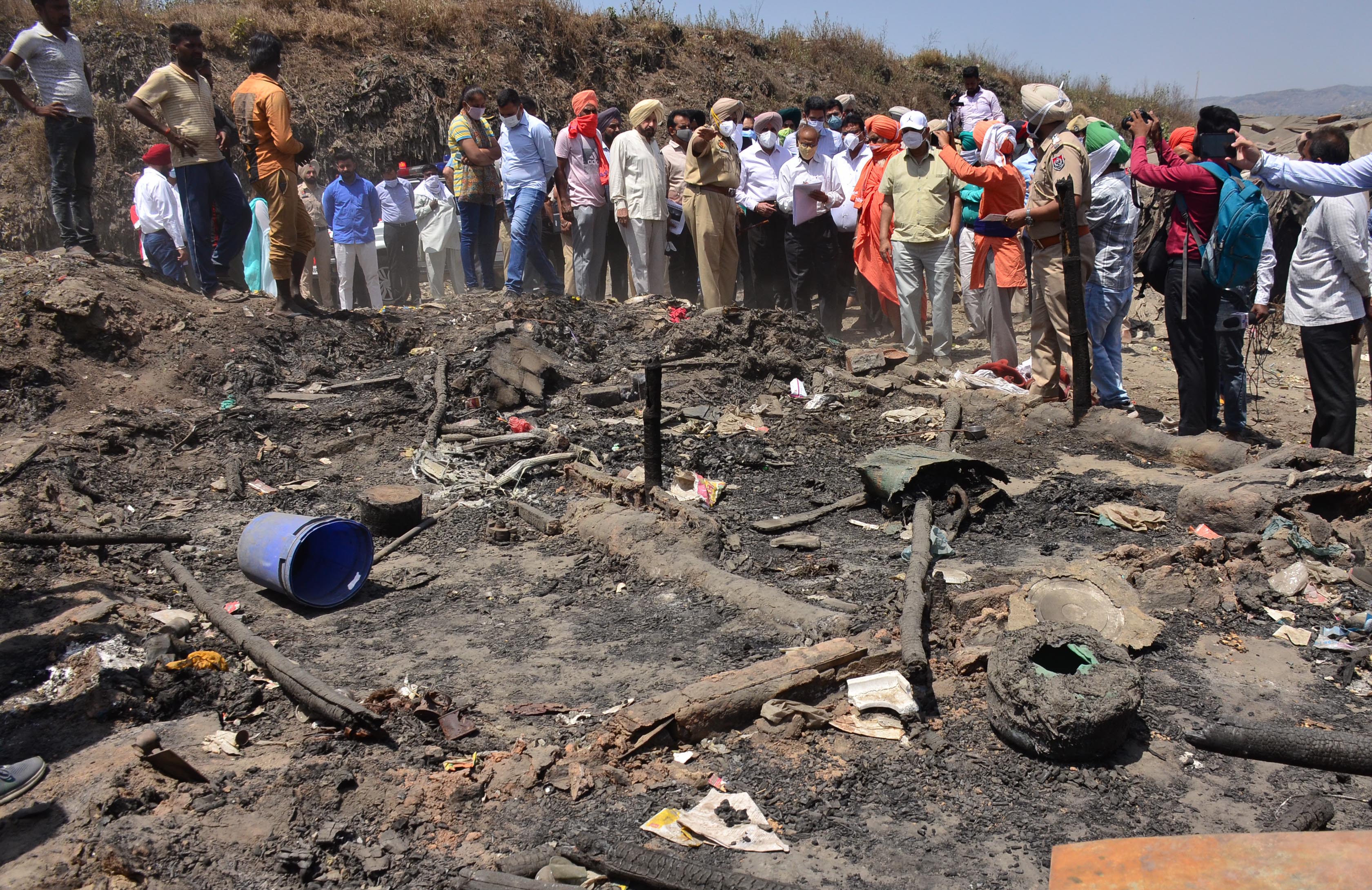 Seven family members — a couple and their five children — were charred to death after a fire broke out in their ‘jhuggi’ located just near the MC’s main dumpsite.

While taking suo motu notice on a media report regarding hut (jhuggi) fire incident and accumulation of 20 lakh metric tonnes of waste at the dumpsite, the National Green Tribunal had asked the monitoring committee to furnish a factual situation report with regard to the cause of death, persons responsible for the failure, remedial action, including a measure, to prevent such incidents in future. A notice was also issued to the Chief Secretary.

Today, the panel chairman Justice (retd) Jasbir Singh met son of the deceased couple Rajesh, who is the lone survivor as he had slept in his friend’s shanty that night. Rajesh told the panel chairman that he suspected that their ‘jhuggi’ was put on fire that night by somebody. He also expressed suspicion over a person and showed the suspect’s photo in a mobile phone. Rajesh claimed that the suspect had abandoned his bike there. The chairman then asked the police officials to look into the allegations. A senior police officer then asked the staff concerned to recover the bike.

Meanwhile, the police told the NGT panel that they are investigating the hut fire incident. However, the exact cause behind the tragic hut fire has not been ascertained. The questions are being raised whether the fire had broken out due to any short-circuit in the hut, somebody put the hut on fire or the hut had caught fire due to burning waste at the nearby MC’s garbage dumpsite.

The fire had broken out at the MC’s garbage dumpsite around 13 days ago but it has not been doused to date. The smoke was emanating from various sides of the dumpsite when the NGT’s panel visited there today. Just near the hut fire incident site, smoke was still emanating from the burning waste at the MC’s dumpsite.

Big mountains of legacy waste have come up at the dumpsite as the civic body failed to ensure the waste processing. Justice (retd) Jasbir Singh pulled up the MC officials over the huge accumulation of waste at the dumpsite. He also checked various slum sites along the garbage dumpsite and questioned the officials as to how slums came up along the garbage dumpsite. He asked the officials to take necessary steps in this regard.

The NGT panel later held a meeting with the MC, district administration and PPCB officials at PAU. The panel directed the Municipal Corporation to take steps to treat the legacy waste at the main dumpsite. The civic body has also been directed to construct a boundary wall around the garbage dumpsite.

Sources said the panel chairman also questioned the location of secondary garbage collection points along roads. He pulled up the civic body officials for failing to ensure source segregation of waste. The panel has fixed deadlines for improving solid waste management process.

MC officials were earlier pulled up for poor solid waste management and for not ensuring source segregation of waste in the past too but they did not take the matter seriously.

Meanwhile, members of the Public Action Committee met Justice (retd) Jasbir Singh. PAC members submitted details regarding ‘unauthorised dumps’ set up in the city by the civic body to the chairman. After seeing the dumps at Old GT Road, near Gulzar Motors and on Kamla Lohtia College Road, the chairman questioned the working of the Ludhiana MC.

An environmental activist, Col (retd) JS Gill suggested that there should be no inflammable material storage, be it garbage or plastic bags or highly inflammable plastic-covered shanties of rag pickers, near the vicinity of the dumpsite to avoid fire incidents.

The monitoring committee would file its report to the NGT.