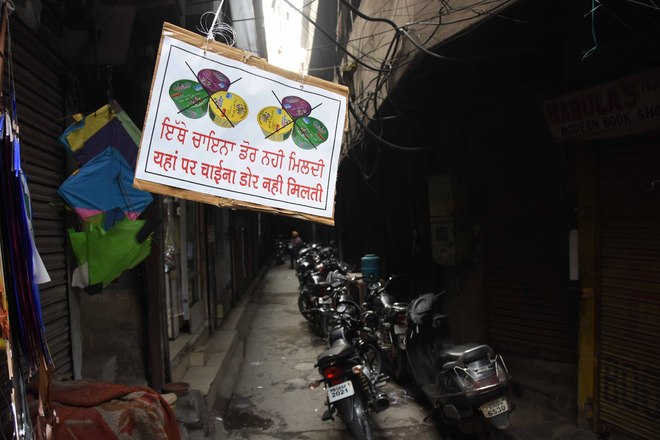 Though the city police have stepped up their drive to effectively enforce the ban orders on the Chinese string to save people and animals from its injuries during the Lohri celebrations, more cases of violations are coming up.

As the festival is two days away, the police arrested as many as nine persons from various parts of the city and seized 137 reels of the banned string from their possession.

The arrested persons have been booked under Sections 188 and 336, IPC, and Sections 39 and 51 of the Wildlife Act and Section 15 of the Environment Protection Act.

Senior police officials said those behind the sale of the banned string in violation of the prohibitory orders would not be spared and the police action against them would be continued.