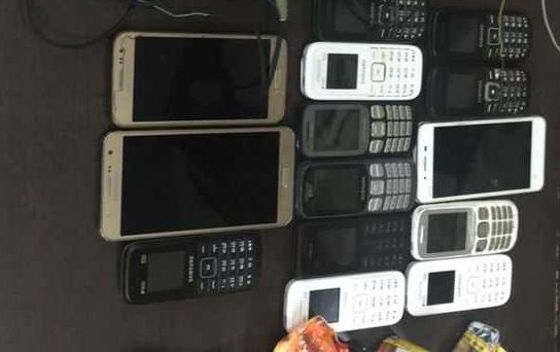 The inmates from whom the mobile phones were recovered have been identified as Tarunjit Singh, Lovekesh Kumar, Gurvinder Singh, Lovpreet Singh, Gupreet Singh Lovely and Manoj Kumar.

Assistant Jail Superintendent Satnam Singh said the surprise checking was conducted in the jail yesterday. During the checking, six mobile phones were recovered from the belongings of six inmates, while three

were found abandoned near the barracks.