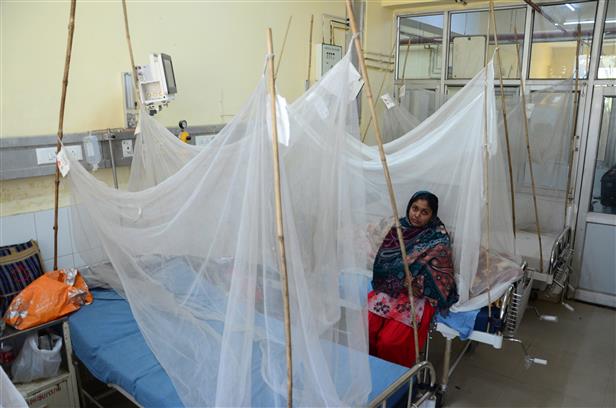 After spreading fast till last month, the H1N1 influenza, commonly known as swine flu, has taken a break with no confirmed case reported in Ludhiana district during the past eight days, the Health Department has confirmed.

We have been able to control the further spread of swine flu as the past week has shown a declining trend in fresh cases of the H1N1 influenza. Besides keeping the health infrastructure robust to deal with any emergency arising out of the situation, which is completely under control, an exhaustive prevention, test and treat drive is also being undertaken. – Surabhi Malik, Deputy Commissioner

A single patient testing positive during the previous week was an outside resident.

However, the district still remains the worst-hit in the state with 10 patients already succumbing to the infection caused by swine influenza virus (SIV) or swine-origin influenza virus, and 155 persons, including 58 local residents and 97 outsiders, testing positive, besides 719 suspected cases, comprising 275 local residents and 444 from outside, reported till Thursday, the official figures have revealed. 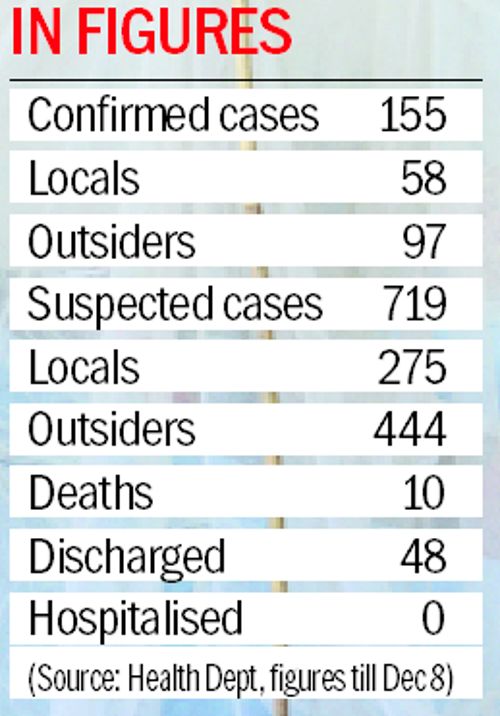 Civil Surgeon Hitinder Kaur Sohal told The Tribune here on Thursday that no fresh confirmed or suspected case of swine influenza virus subtype A (H1N1) was reported in the district during the past 24 hours.

The district had reported the single confirmed swine flu case during the past eight days on Wednesday and that too was an outsider while no local resident had been tested positive for H1N1 influenza after November 30 when one confirmed case of a local resident was reported here.

Besides, 18 suspected cases were added to the tally during the past week with which the cumulative count went up to 719, including 275 local residents and 444 outsiders.

“We have made elaborate arrangements for the test, treatment and prevention of human infections that were primarily acquired through direct contact with infected animals or contaminated environments as these viruses have not acquired the ability of sustained transmission among humans,” the Civil Surgeon said, while adding that exclusive isolation wards had been set up for swine flu patients and adequate availability of drugs required for treatment had been ensured.

Dr Sohal said the condition of all positive cases of influenza virus disease ranging from mild upper respiratory tract infection (fever and cough), early sputum production and rapid progression to severe pneumonia, sepsis with shock, acute respiratory distress syndrome, was stable and recuperating at their own places with no more patient hospitalised in the district on Thursday.

While 48 serious patients had been discharged from hospitals after treatment, 10 persons had already succumbed to the H1N1 influenza virus, with the vast silent reservoir in aquatic birds, which was impossible to eradicate, in the district.

However, the Health department had not yet confirmed the exact cause of these deaths and had classified them as suspected swine flu casualties.

Evidence suggests that some antiviral drugs, notably neuraminidase inhibitors (oseltamivir, zanamivir), can reduce the duration of viral replication and improve prospects of survival.

In suspected and confirmed cases, neuraminidase inhibitors should be prescribed as soon as possible (ideally, within 48 hours following symptom onset) to maximise therapeutic benefits.

Treatment is recommended for a minimum of 5 days, but can be extended until there is satisfactory clinical improvement.