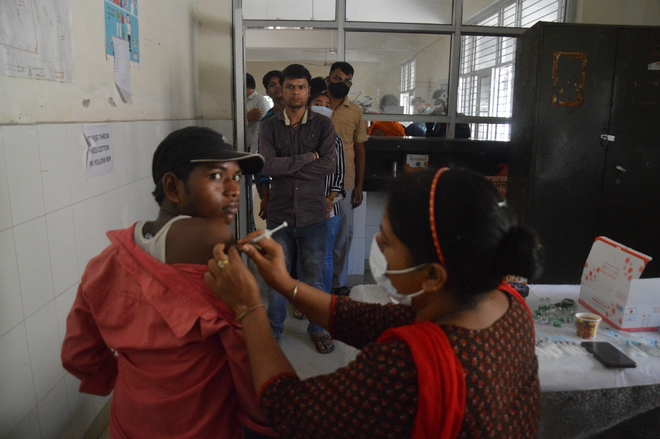 A man gets vaccinated against Covid in Ludhiana on Friday. Photo: Inderjeet Verma

No person died of Covid and no death due to the disease was reported from the district today.

There are 21 active patients in the district at present. Today 18 patients were sent for home isolation and three patients were admitted to hospitals for Covid treatment.

The total number of patients who lost their lives to the disease is 2,101 from Ludhiana and 1,050 from other districts.

Samples of 6,480 suspected patients were sent for testing today and their results are expected shortly. 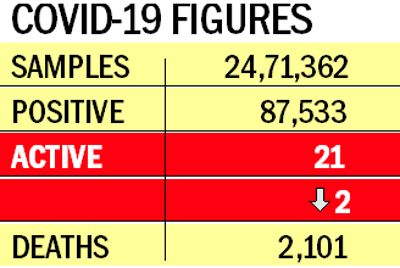 Meanwhile almost 80 per cent of the population, which is eligible for vaccination, in the district has been administered the first dose of vaccine.

Deputy Commissioner Varinder Kumar Sharma said around 28 lakh persons have so far been covered under the Covid inoculation drive in Ludhiana. Twenty lakh beneficiaries have received single dose and seven lakh have taken both doses of the vaccine.