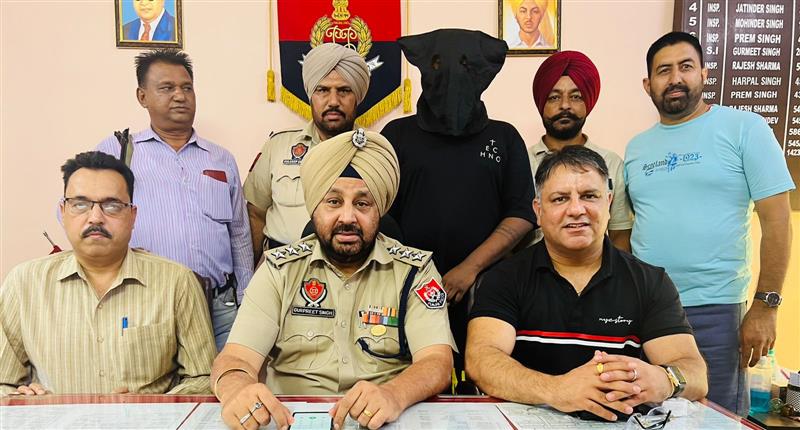 CIA officials address mediapersons announcing the arrest of the gangster in Ludhiana on Friday. Tribune Photo

Crime Wing in-charge Inspector Beant Juneja said they got a tip-off that gangster Sagar was roaming in the city to commit some heinous crime. Accordingly, the CIA wing laid a trap and nabbed the accused.

Juneja said as many as 10 cases of murder, attempt to murder, robbery and under the Arms Act were registered against gangster Sagar Newton at various police stations in Ludhiana. In some cases, he was still wanted by the police of Punjab and other states.

In February this year, he, along with his aide Movish Bains, had snatched a Toyota Fortuner SUV from Jagatjot near the Grover Service Station, Jandu chowk. A case was also registered against him at the division 8 police station. In the month of May, Sagar was also involved in a firing case in Tibba. He was still evading arrest in the case. Inspector Juneja said his further questioning could lead to recovery of arms and ammunition and arrest of other gang members.