Over 500 FIRs registered for violations in 2 weeks

Actor Jimmy Sheirgill booked on Tuesday for shooting without permission 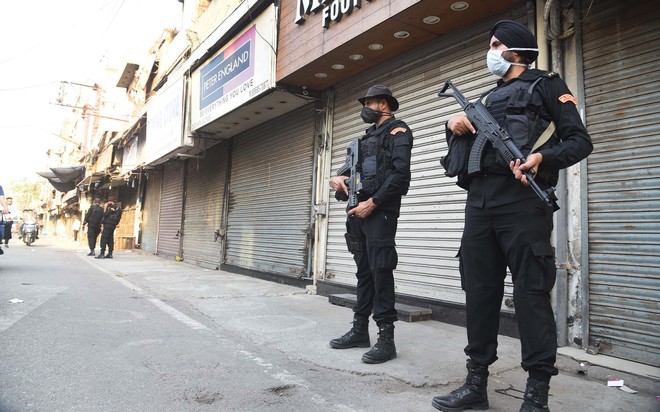 The Ludhiana police have registered over 500 FIRs for violations of Covid norms and night curfew in the past over two weeks. This include cases registered against prominent business houses and persons in the city.

The latest example is a case against Bollywood actor Jimmy Sheirgill. The actor, along with his crew members, was shooting on the night of April 26 near Clock Tower here. When the police got information about the same, the Kotwali police reached the spot and stopped the shooting. A case was registered late on Tuesday night.

Investigating officer SI Maninder Kaur said over 100 persons had gathered at the shooting venue and there were clear violations of the Covid and night curfew norms. The police had registered a case against Jimmy Shergill of Patiala, director Eeshwar Nivas of Mumbai, Akashdeep Singh of Ludhiana, Mandeep Singh of Zirakpur and other unknown persons under Section 3 of the Epidemic Act, Section 188 and 269 of the IPC.

Sources said they were shooting for the web series ‘Your Honor’, a remake of an Israeli web show, at a private school without permission and in violation of Covid protocols.

A case was also registered against Sarabha Nagar-based restaurant ‘Just Baked’ which was found opened after 8 pm. The Dehlon police had registered a case against the owner and others of Ambrosia Green Palace near Kand canal where over 100 persons had gathered for some function.

During this drive, the police had also found a Swimming pool opened at Golden Colony, Chuharpur, during lockdown and it’s owner Hardial Chand of Jassian was booked by the police. Other important outlets that faced FIRs include Friends Chicken, BRS Nagar; Spa Centre at Imperial Hotel, BRS Nagar; Panj Tara Theka on the Pakhowal road; Mani Ram

After the police started registering FIR against liquor vends for selling liquor during the curfew hours, now vendors keep their shutters closed during this period but to attend their customers, they have deployed their employees near the vend and whenever any client comes, employees take money and get them the liquor from a hole created in the shutter. At most vends, they close the shutter but remain inside to attend customers. The vends have also started selling liquor at high prices due to the strictness.