Paddy procurement set to begin in Ludhiana district from Saturday : The Tribune India

108 centres set up, adequate facilities for farmers in place 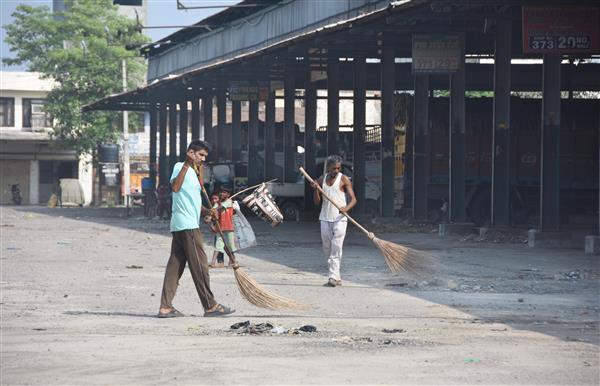 All arrangements have been made to kick-start paddy procurement in Ludhiana district from Saturday, the administration has claimed.

As many as 108 purchase centres have been set up across 13 market committees in the state’s biggest and largest district, in terms of area and population, for the purpose, officials have said.

Adequate facilities for farmers have been put in place as the administration expects 17.25 lakh metric tonne (LMT) of paddy to arrive at the mandis across the district during this season.

Every grain to be procured, says DC

Each and every grain of paddy arriving at the mandis will be procured and the payment of the procured grains will be made within the stipulated time frame. No hardship to any farmer during the stay and sale of his crop will be tolerated at any cost. —Surabhi Malik, Deputy Commissioner

Sharing details, Deputy Commissioner Surabhi Malik, who reviewed the preparations for paddy procurement on Wednesday, told The Tribune that the district administration was committed to ensuring smooth and hassle-free purchase of paddy crop arriving at the purchase centres in the district while facilitating the farmers with adequate basic amenities during their arrival and stay at grain markets. 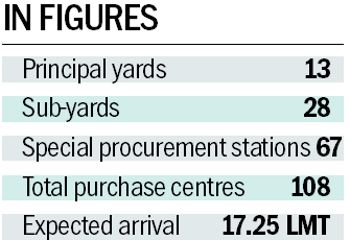 She said the entire official machinery from various departments concerned had been directed to remain present on duties during the entire procurement season to avert any inconvenience to farmers and delay in procurement, lifting or payment process.

Divulging the arrangements made for the procurement, Additional Deputy Commissioner (General) Rahul Chaba disclosed that 108 purchase centres comprising 13 principal yards, 28 sub-yards and 67 special procurement stations had been established across 13 market committees in the district.

He said a special cleanliness drive had been launched at the mandis to clean all auction platforms before the procurement begins, besides making adequate arrangements for proper lighting, drinking water and toilets.

“Sheds have been erected for farmers. In case of non-availability of shed in any mandi, the market committee concerned will provide tents to facilitate the peasants during their stay at the purchase centres,” Chaba revealed.

Ludhiana, which has grown paddy over 2,58,600 hectares this season, the highest ever in the state, recently reported dwarf disease in paddy over 3,500 hectares, which accounted for 1.35 per cent of the total area under paddy, besides partial damage to the ready-to-harvest rice crop due to the incessant rain coupled with gusty winds during the past week.