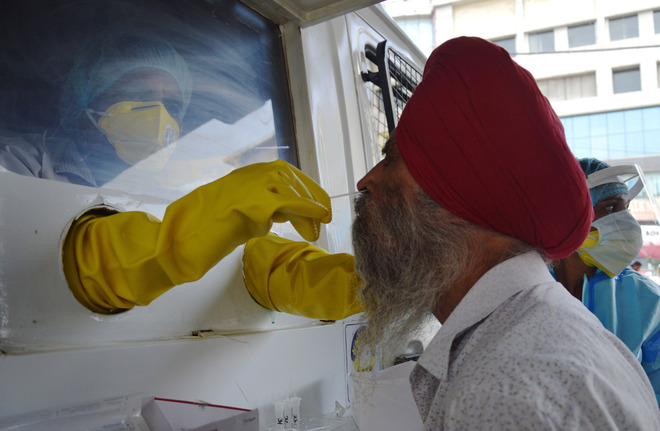 A person being tested for covid in Ludhiana.Photo: Inderjeet Verma 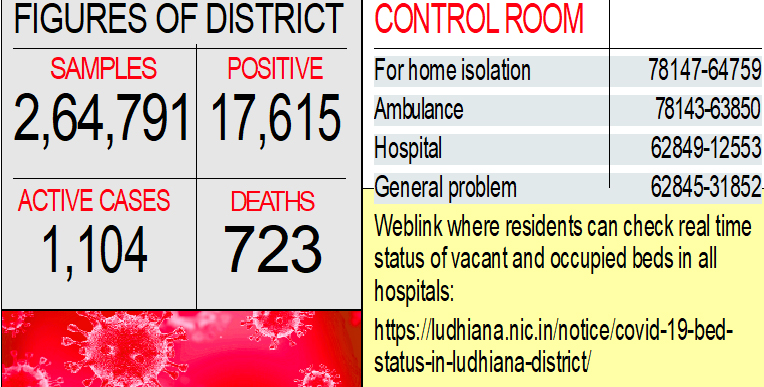 Today, 133 persons tested positive for Covid-19 while six lost their lives to the virus. The death toll of Ludhiana district has gone to 723. The number of confirmed cases from the district stands at 17,615. As many as 15,785 patients have recovered so far. Forty persons were on ventilator support today.

Those who lost their lives today were five men and one woman. A 56-year-old man from Ramgarh, Samrala, who died of Covid also had hypertension and diabetes. A 45-year-old man from Payal died at the Civil Hospital. He was also a patient of diabetes and hypertension. A 55-year-old woman from Jagraon who died at Civil Hospital was a patient of diabetes as well.

Those who tested positive today include 38 persons who reported at OPDs, 65 who visited flu corners and seven persons who were identified during contacts tracing.

The DC said whenever the District Administration and the Health Department found any positive or suspected Covid patient, their samples were immediately sent for testing. Similarly, 3,729 samples of suspected patients were sent for testing today.

Sharma appealed to the residents to follow all directions of the government and if they stayed indoors, they would not only stay safe themselves but would also contribute to keeping everyone around safe.