Panel formed for shifting of dairies

Asked to work out scheme with provision of CLU, site selection 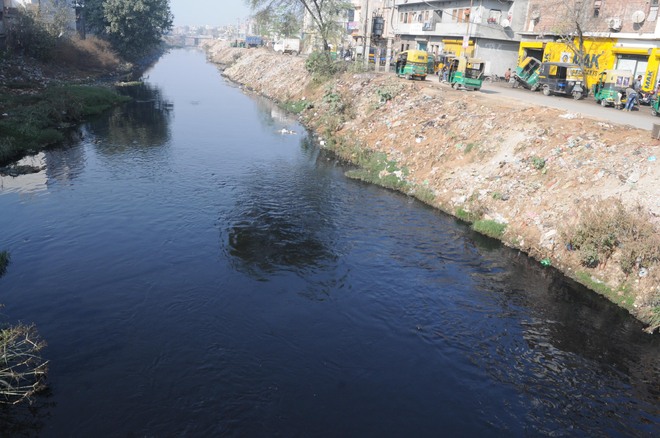 Waste generated by a large number of dairies is dumped into the nullah. File Photo

Local Government Minister Brahm Mohindra has constituted a committee to work out a scheme having provision of change of land use (CLU) and site selection for shifting of dairies outside the Municipal limits.

Meanwhile, the matter regarding shifting of dairies was discussed during a meeting of the Special Task Force for Buddha Nullah in Chandigarh today. The meeting was presided over by the STF chief, Satguru Uday Singh. The STF has asked the authorities concerned to plan out a modern dairy complex where the dairies from the city areas are to be shifted.

The STF has constituted an expert group to plan out the facilities which have to be provided at the modern dairy complex. Senior Environmental Engineer of PPCB, Ludhiana, Sandeep Bahl, who attended the STF meeting, said the expert group would give its advice on developing the modern dairy complex. Besides, the discussion was also conducted about the status of common effluent treatment plants (CETPs) under construction for the industries at Focal Point and on Tajpur Road.

The demarcation of areas along the Buddha Nullah is already under way.

The MLAs from those constituencies from where the nullah passes through were invited to the meeting, but only MLA Rakesh Pandey turned up.

Waste generated by a large number of dairies is dumped into the nullah. There are hundreds of dairies on Tajpur Road and Hambran Road within the jurisdiction of the Ludhiana MC. The project to shift these dairies outside the MC limits has been hanging fire for a long time