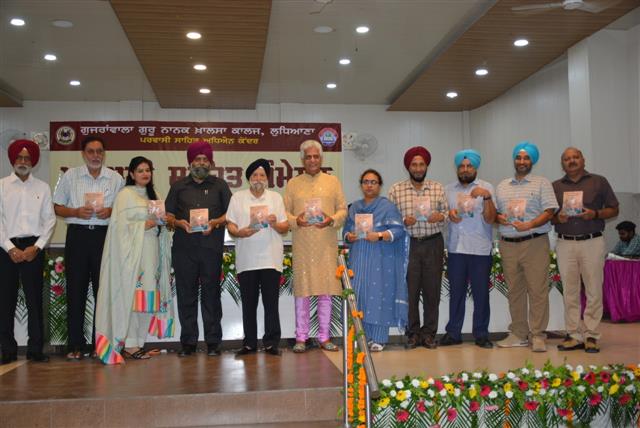 Under the ‘Har Ghar Tiranga’ campaign, a special programme was organised at DAV BRS Nagar today. The event was presided over by commandant Kishore Singh Bisht, Gallantry Award winner. He was accompanied by Deputy Commandant Adjutant Des Raj along with the entire team of 26 battalion. Kishore Singh Bisht in his address appreciated the consistent endeavours of our armed forces in protecting our country. He impressed upon students to understand and cherish our coveted freedom and work towards a progressive nation and to make the ‘Har Ghar Tiranga’ campaign a success.

The NSS Wing of BCM College of Education organised anti-drug and ‘Har Ghar Tiranga’ campaign at Khasi Kalan village. Dr Jasdeep Kaur, asst professor of the college, delivered an extension lecture on ‘Say No To Drugs’ for students of classes IX and X of Government High School, Khasi Kalan. She highlighted the ill-effects of drug abuse and ways to stay away from the menace. A rally on ‘Har Ghar Tiranga’ campaign was flagged off from Government High School, Khasi Kalan.

Students of Guru Nanak International Public School, Model Town, were caught up in the spirit of patriotism and celebrated Independence Day. The whole campus was decorated with Tricolour dupattas, flags, kites and balloons. The day began with patriotic songs during morning assembly. It was followed by a speech on Independence Day. A cultural programme was also organised in which students presented poems, drama on the life of Shaheed Bhagat Singh, patriotic songs and giddha.

Spring Dale Public School celebrated the Independence Day with great patriotism under the ‘Azadi Ka Amrit Mahotsav’ Programme. The whole school campus was dyed in the vibrant colours of patriotism. The tiny tots of kindergarten and primary section came dressed as national leaders. The other activities like poster making (VI-VIII) and face painting (IX-XII) etc. were also conducted on the theme of ‘Colours of Freedom’.