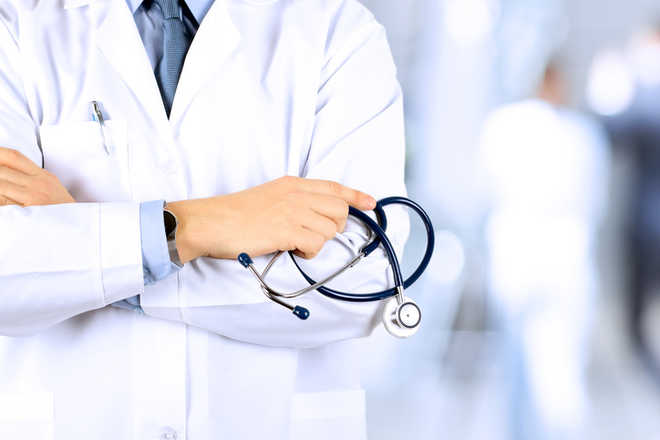 Patients had a difficult time as doctors went on complete strike and boycotted OPDs today. Earlier, they were holding parallel OPDs but since the government has failed to accept their demands, work was completely suspended.

Doctors will be sitting on a dharna in Chandigarh on Thursday. Doctors are protesting against the recommendation of the Sixth Pay Commission to reduce the non-practicing allowance (NPA) of veterinarians, medicos and allied professionals from 25 to 20 per cent along with delinking it from the basic pay structure.

“Initially the NPA at the rate of 25% was the part of pay for the calculation of all allowances. Now with the implementation of the Sixth Pay Commission, the NPA has been delinked from pay and reduced to 20% which means it has been fixed now and no other allowances will be calculated on the NPA. It will remarkably effect the net salary of all the government doctors, be it allopathic, ayurvedic, homeopathic or veterinary,” said Dr Rohit Rampal from the PCMSA.

He adding that doctors worked relentlessly during Covid but this is what the government has gifted them. “We were expecting some bonus in lieu of our selfless services but the government instead has decided to deduct our salaries,” he said.

A patient who came from Shimlapuri to seek consultation in rain was disappointed to see doctors on strike. “I was having fever and came to the hospital but upon arrival here I found that doctors were not seeing patients,” he said.

Ram Dulari, who cannot afford to visit a private doctor, has no option but to come to Civil Hospital. “Now what should I do?” she questioned helplessly.