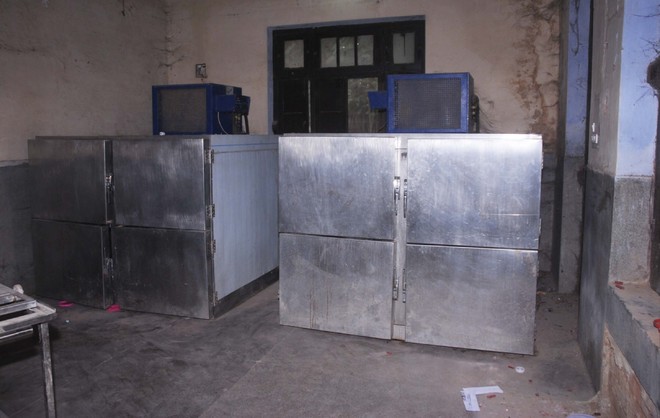 Authorities at the Community Health Centre (CHC), Payal, have announced operationalisation of the mortuary but only human bodies referred by the police department would be kept there for postmortem.

The announcement was made at the concluding session of a meeting held at the CHC on Tuesday. Senior Medical Officer Dr Jaideep Singh presided over the meeting and Aam Aadmi Party (AAP) legislator Manwinder Singh Giaspura was the chief guest.

Thanking Chief Minister Bhagwant Mann for expediting the process for functioning of the mortuary, MLA Malwinder Singh Giaspura said the facility would provide solace to the kin of victims of unnatural death as they had to undergo nightmarish experience earlier at the Civil Hospital, Ludhiana, or Civil Hospital, Khanna.